The Culture of Thai Cuisine

Food is one of the lynchpins of Thai culture and is often the centerpiece of any social event. Thai cooking relies on lightly prepared dishes with strong aromatic components.

Food is one of the lynch pins of Thai culture and is often the centerpiece of any social event. Thai cooking relies on lightly prepared dishes with strong aromatic components. The four main components of the cuisine are salty, spicy, sweet and sour. The melding of these flavors may be foreign to the Western palate, but the Thai people revel in the complexity of the dishes. 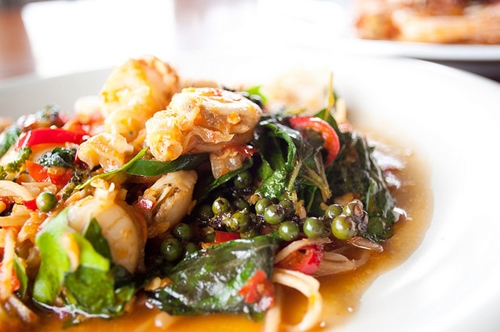 Over the centuries, Thai food has been influenced by the cuisines of such surrounding countries as Burma, China, Laos, Vietnam, Cambodia, Malaysia and Indonesia. Ingredients tend to vary based on geographical location. While curries in southern Thailand tend to feature coconut milk and fresh turmeric, those in the north often include lime juice. Many popular Thai dishes were introduced by the Chinese as was the cooking method of using a wok. 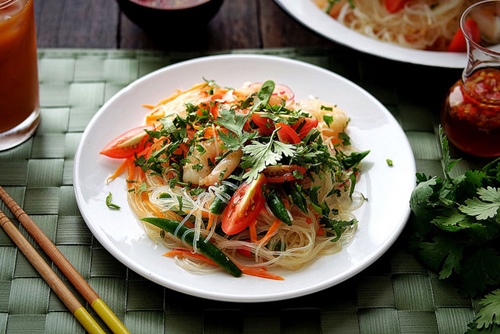 Do you use chopsticks with Thai food?

If eating alone, one typically orders a single dish but a group will generally order one dish per person, which will then all be served at the same time and shared among the group. Unlike many other Asian countries, Thais don’t generally use chopsticks but instead, use a spoon and fork. It is common to see people—particularly the hill tribes—using sticky rice as an edible implement. The rice is formed into a ball and then dipped in an assortment of side dishes. 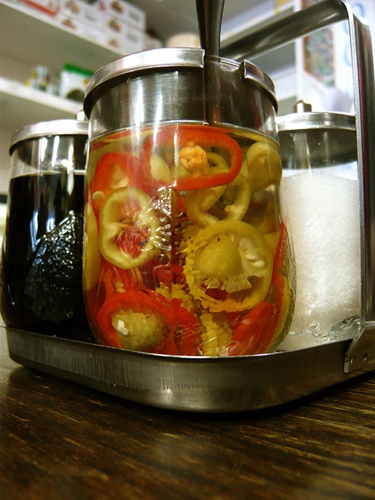 Meals tend to be served with an assortment of sauces and condiments to complement the main dishes. You’ll often find fish sauce, lime juice and chopped garlic on the table. A wide variety of chilies may also be served (Thai food is renowned for its heat). Cucumber is often served as a garnish and is eaten to help cool your mouth after a particularly spicy dish.

Food is prepared using fresh ingredients rather than processed and some of the most frequently used fresh herbs are lemongrass, Thai basil, cilantro and mint. Other aromatics often used are ginger, galangal, tamarind, turmeric and garlic. Not all dishes are spicy and fish sauce is a staple of many dishes.

Thai food has become one of the most popular around the world and often ranks up with Italian and Chinese cuisine for those dining out. Participants on our Northern Thailand and Laos Hill Tribe Cultural Tour will learn about the many varied ingredients used in the preparation of Thai dishes and will also participate in cooking classes in both Bangkok and Luang Prabang, Laos.

Want to join WanderTours in Thailand? Call us at 206-317-1860 or contact us via email for more information.

WanderTours Announces Tour to Myanmar in 2015
Next Post: The Advantages of Traveling on a Women-Only Tour