What is the Ngorongoro Conservation Area?

The Ngorongoro Conservation Area is home to roughly 25,000 large animals and includes the densest known population of lions in the world.

WanderTours > Blog > Blog > What is the Ngorongoro Conservation Area?

I may have mentioned before that I’m booked to go on our Tanzania safari in early 2017…and I’m already getting EXCITED! (I actually have to keep pinching myself because I can’t believe I’m going to Africa!) Consequently, I’ve started doing some research on what I can expect to see on this trip-of-a-lifetime, and I figured I’d share some of what I’ve learned with you. 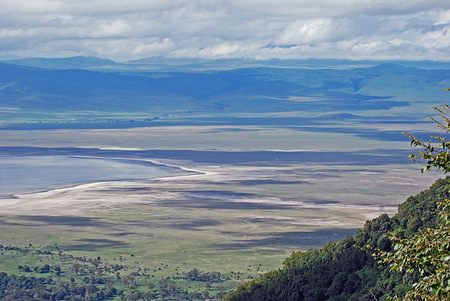 One of the first places we’ll visit on the tour is the Ngorongoro Conservation Area (NCA). With its vast expanses of highland plains, savannah and forests, it’s a designated multi-use area where semi-nomadic Maasai people graze their livestock alongside the wildlife. No other agriculture is allowed within the boundaries. 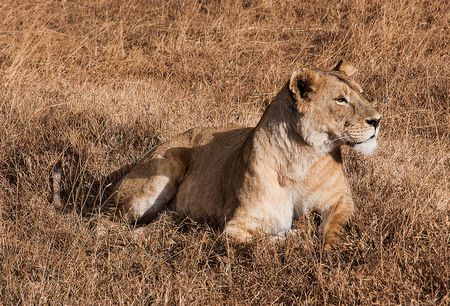 The NCA is home to roughly 25,000 large animals and includes the densest-known population of lions in the world. It was created, in part, to protect such globally threatened species as the black rhino, the wild hunting dog and the golden cat. I was devastated to read that one subspecies, the Western black rhino, was recently declared extinct. I hope that by creating conservation areas such as this, it’ll be possible to preserve some of these endangered species so that my grandchildren will grow up knowing such animals exist. 🙁 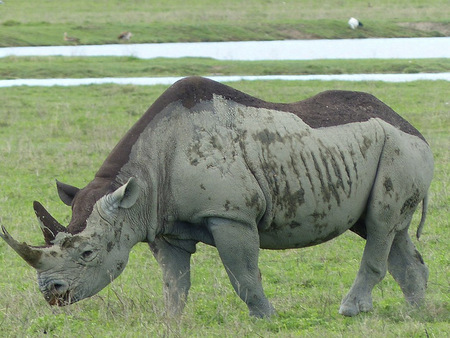 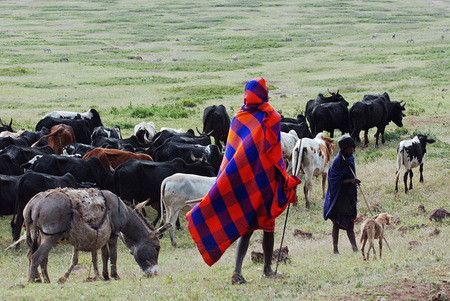 There are a number of important geographical features within the NCA. The Ngorongoro Crater—at approximately 100 square miles—is the world’s largest volcanic caldera, and its stunning landscape and spectacular concentration of wildlife make it one of the greatest natural wonders of the planet.

During the annual wildebeest migration, more than one million of the creatures thunder through. The grasslands that straddle the NCA and the Serengeti National Park are a popular place for them to birth their calves. Also during the migration, 72,000 zebras and 350,000 gazelles make their way through the area. I’ll be happy if I see just a small percentage of these numbers! 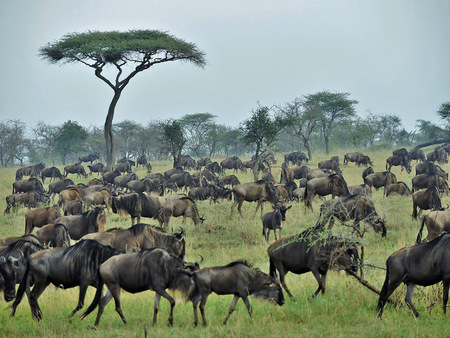 Another fascinating feature of the NCA is Olduvai Gorge—one of the most important prehistoric sites in the world—where evidence of the earliest existence of human ancestors was found. It was here that paleontologists Louis and Mary Leakey found stone tools and fossils dating back millions of years. The work of the Leakeys, among others, made a convincing case that human ancestors originally evolved in Africa. 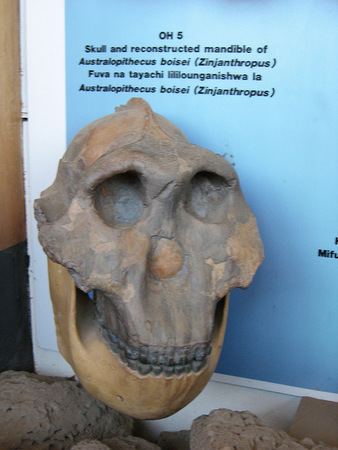 In 2010, the NCA, with its extraordinary record of human evolution, was named a Cultural World Heritage Site.

I can’t wait to see some of these sites for myself!