Irish Food Not to Miss

From classic tourist must-trys like Irish stew and Guinness to soda bread and black pudding, Irish food has something to offer everyone.

Ireland is more known for its rolling green hills, castles and the promise of charm around every corner than it is for its food, but that doesn’t mean that there aren’t delicious (or at least unique) traditional foods every visitor should try. From classic tourist must-trys like Irish stew and Guinness to local favorites like black pudding, Irish food has something to offer everyone who explores the Emerald Isle. 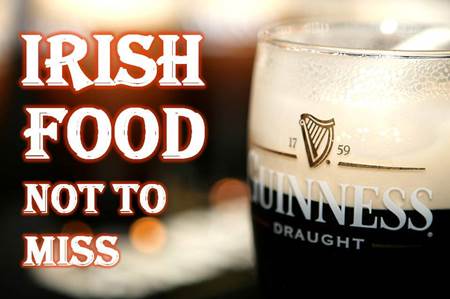 A Pint of Guinness

Ireland is famous for Guinness, the stout beer made from roasted barley and hops that started in Ireland and is now sold around the world, but many believe Guinness tastes best at its source. People travel from all over the world to visit the Guinness factory in Dublin, although the company is now headquartered in London. Guinness has been nicknamed the “meal in a cup,” because it is known for being thick and very filling. The famous inches-thick foam that forms when it is poured is caused by mixing the beer with nitrogen for smaller bubbles and more froth! 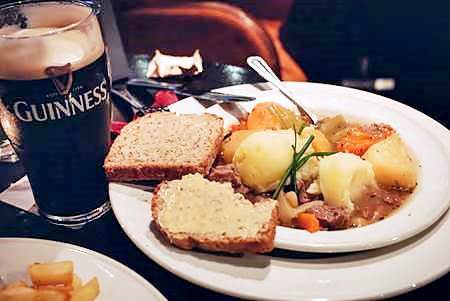 Originally made with mutton, Irish stew is commonly made with lamb nowadays, as well as carrots, potatoes, onions and barley. The stew is big on flavor and is frequently seasoned with thyme, parsley and bay leaves. Make sure you order the stew on your hungriest day, because this hearty meal will fill you up for hours at a time. Irish stew is better the longer it is left to cook, so if you’re planning on making your own, make sure you leave time to let it stew.

Every country has their late night fast food favorite, and Ireland has curry cheese chips (what the United States calls fries). This classic comfort food is served at a popular fast food chain in Ireland called Supermac’s, and also comes in garlic cheese and taco varieties. Steak fries covered in a sweet, spicy curry sauce and loaded down with onions and cheese are the perfect end to a late night of pub crawls and sightseeing. 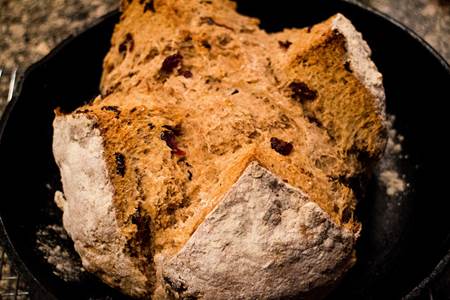 There are as many varieties of soda bread as there are families in Ireland, because most families have a recipe that has been handed down for generations. Some recipes call for additives like honey, dried fruit or even Guinness. It even comes in two different shapes, called cake and farl. All soda bread, though, is made using baking soda as the leavening agent instead of yeast and buttermilk, and it is all eaten the same way: liberally buttered! 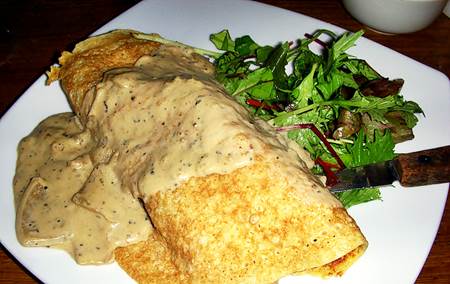 Boxty, or Irish potato pancakes, can be served in many ways. Grated potatoes are mixed with mashed potatoes and either boiled and fried for dumplings or mixed in a loaf tin and baked in the oven. Some say the name comes from the Irish phrase for “poor man’s bread,” but wherever it comes from boxty is a greasy, buttery pancake that’s bound to be a crowd pleaser. This hash brown/pancake hybrid makes for a delicious breakfast when paired with bacon and eggs, or it can even be a side dish for your smoked salmon!

Black pudding is a kind of blood sausage, meaning that it is made of pork meat, fat, and pig’s blood mixed with other ingredients like oatmeal, suet and onions. Although the intensely flavored sausage takes getting used to, it is a favorite in Ireland. Black pudding is a breakfast staple, but is also served at lunch and dinner. For those who are a little more squeamish, there is also a version called white pudding, and it leaves out the pig’s blood. 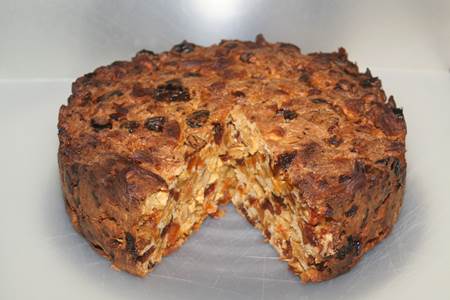 A sweetened Irish bread, barm brack is made with sultanas, raisins and currants and has a delicious slightly spicy taste. The best way to devour this tasty treat is to toast it and slather it with butter with your breakfast or tea. Traditionally, when barm brack was made for Halloween, the baker would hide a pea, a stick, a piece of cloth, a ring and a coin inside the loaf. Each object had a specific meaning for whoever got it in their slice. Just watch out when biting down!

A Glimpse into Expat Life in Chiang Mai
Next Post: Explore Papua New Guinea With WanderTours