All About Pho in Vietnam

WanderTours > Blog > Blog > All About Pho in Vietnam

Pho (pronounced “fuh”) is one of the most popular foods in Vietnam. Essentially a noodle soup loaded with a variety of veggies and other goodies, at least one delicious bowl of pho is a must on any WanderTour in Vietnam. Because restaurants frequently don’t post menus (due to the fairly set list of ingredients traditionally available), here is a quick guide to getting yourself some delicious pho. 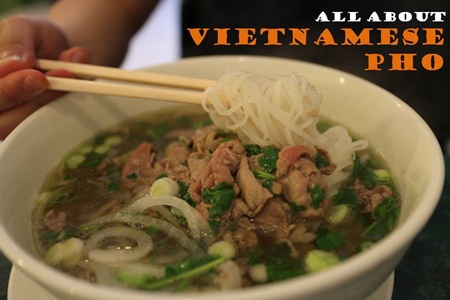 Where to Get Pho

You can get pho on almost any street in Vietnam, but there are a few places where you can expect high quality soup and really treat your taste buds. During your tour, you will spend plenty of time in the capital city of Hanoi, including a trip to the Old Quarter, a culinary hotspot and a fabulous place to find amazing pho. You will also visit Saigon, which has a pho restaurant for every mood and every wallet, just be sure to avoid the numbered “Pho 24” or “Pho 2000” chain restaurants that are a growing trend in Saigon. Just like anywhere, chains aren’t your best bet. 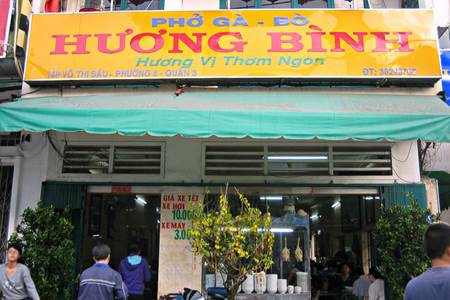 Your first choice is chicken or beef broth—many pho restaurants will serve one but not the other, and beef is much more common (and easier to make). If there isn’t a “phở gà” sign outside, the restaurant serves beef, so make sure you choose wisely! Once you’ve decided, you choose your meat, condiments, and veggies and you’re ready to eat! 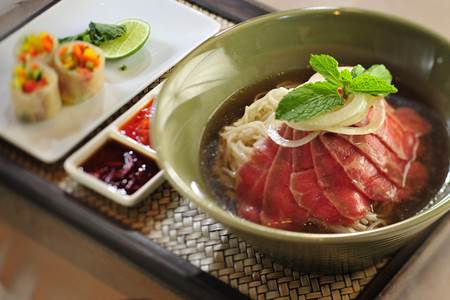 If you’re looking for something a little more Western (maybe eating pho at all is pushing your comfort limits), ask for steak, brisket or beef meatballs. The steak goes in raw, but cooks in minutes in the boiling broth. For anyone willing to really make some risky eating choices, there is also fatty brisket, tripe, flank and tendon. Up to you to decide! 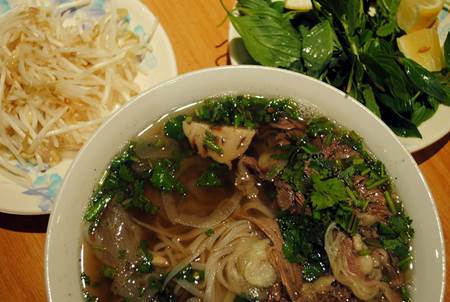 In Thailand, there are many kinds of vegetables in season at any given time. Typically you will find Thai basil, bean sprouts, Thai chili peppers, green onions, coriander and cilantro. These veggies and herbs are best when ripped up and sprinkled in the soup, rather than submerging entire leaves. The play between the sweet and sour sauce, the bitter greens and the delicious noodles is what makes pho so delicious! 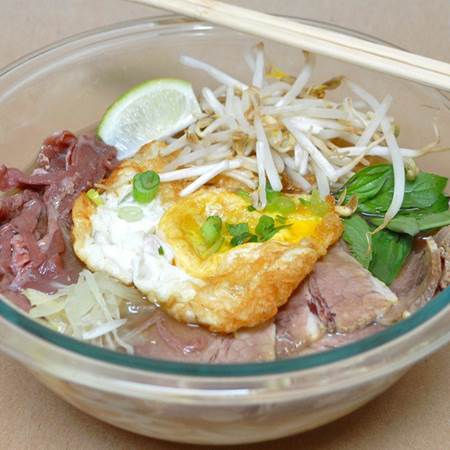 While a basic steak and veggie pho seems pretty innocuous, there are many things that some Vietnamese natives put in their noodle soup that make it a little more…adventurous. Cracking a raw egg into the soup or adding meat drippings are new trends, and you also have the option of adding fish sauce or pickled garlic if the both isn’t salty or sour enough for your taste. 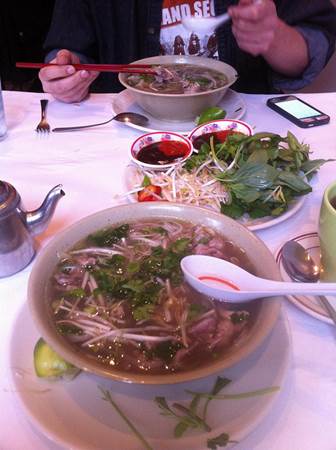 Eating pho can sometimes be a complex prospect, so be sure you know what to do before chowing down. Typically you will be given chopsticks and a soup spoon; hold the spoon in your left hand and the chopsticks in your right. Start by sipping the broth and then dig in. The noodles are usually eaten first, and then it is perfectly polite to raise the bowl to your face and slurp down the rest of the broth!

Looking for more? Check out these travel tips and resources for Vietnam.

Who are the Huli Wigmen?
Next Post: Creating a Travel First Aid Kit