Who are the Huli Wigmen?

I have to admit, I’m a bit jealous…Beth gets to meet the most interesting people when she goes on tour. 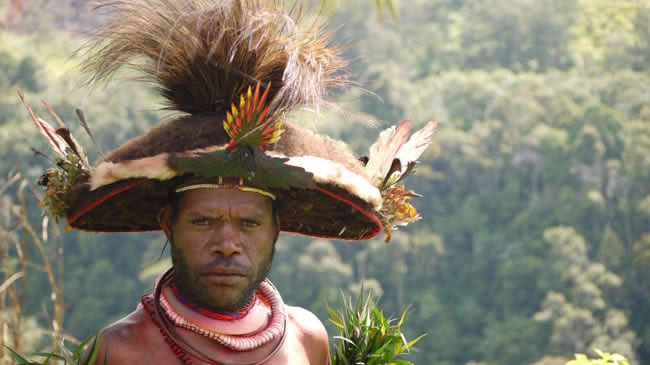 I have to admit, I’m a bit jealous…Beth gets to meet the most interesting people when she goes on tour. I know she loves visiting Papua New Guinea, and it’s no wonder. It’s home to approximately 312 diverse tribes—only a few of which she’ll visit. She always makes a point to visit the Huli wigmen who have lived in the Tari region of the southern highlands for approximately 1,000 years. All clan members consider themselves as one person descended from a male ancestor named Huli.

Yellow clay or ambua is considered sacred to the Huli, and is commonly used as body decoration. The Huli support themselves through hunting and agriculture. 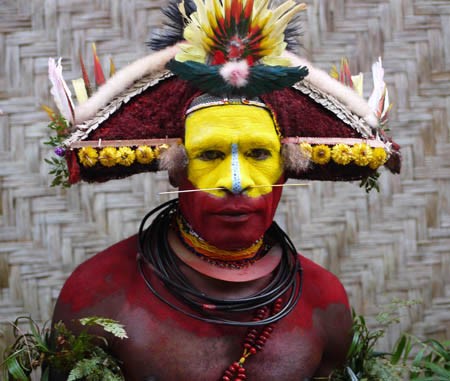 This tribe has a unique process for preparing men for adulthood. Boys live with their mothers until they are seven or eight years old, when they go to live with their fathers to learn how to become men. At 14 or 15 years of age, they enter bachelor school—for anywhere from 18 months to three years—to learn about the biological and ritual processes of becoming a man. During this time, they are forbidden from contact with any women, including their mothers. It’s believed that a combination of magic and a special diet help the young male transition into a man and help his hair grow extra quickly.

In order for the boy’s hair to grow, it must be wet three times a day, with the young man singing as he uses fern leaves to sprinkle his hair with water. He must not eat pig’s heart or fat or spicy foods and he must sleep on his back with his head on a brick so he doesn’t squish his locks as they grow. As his hair grows, it is gradually shaped, using a circular band of bamboo, into a shape resembling a toreador’s hat. After 18 months, it is clipped off close the scalp and woven into a traditional Huli wig by the wig master. Additional adornments, such as parrot feathers or red ocher, are usually added to the wig. 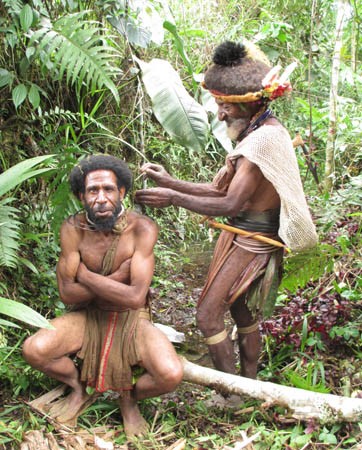 All of a man’s wigs must be created before he is married, whether they be everyday wigs or special, ceremonial wigs. The wigs can also be sold to men who don’t care to grow their own.

The Huli count their wealth in how many pigs they own. The creatures—which live in deep trenches that criss-cross the Tari basin—are used to pay a bride’s dowry, to pay death fees or other ritual payments. The trenches also define family boundaries and guard against enemy invasions.

The tribe has no chiefs, instead leaders are determined by their war-mongering and dispute-solving abilities, as well as by their wealth of pigs and shells. The Huli live a life of vengeance and war-mongering rather than peace. The culture can sometimes have a little bit of a Wild West skew to it. But the people we visit on our tour are all VERY friendly. 🙂 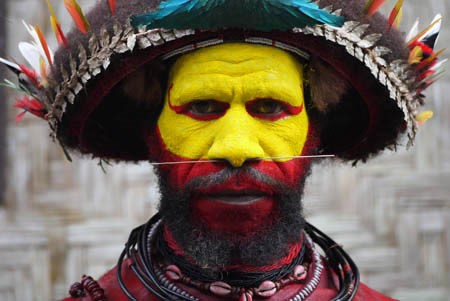 Beth would be happy to introduce you to a few of these fascinating tribesmen! Join her on her annual PNG tour.

All photos by Beth Whitman