Think of New Orleans and one of the first images that comes to mind is that of a dark, intimate jazz club, where patrons nurse their drinks and become immersed in the music.

Some of the first images that come to mind when I think of New Orleans are related to music. I envision musicians blowing their horns, people dancing in the streets, and dark intimate night clubs where patrons sit nursing their drinks and listening to the lively beat of some good ole New Orleans Jazz. 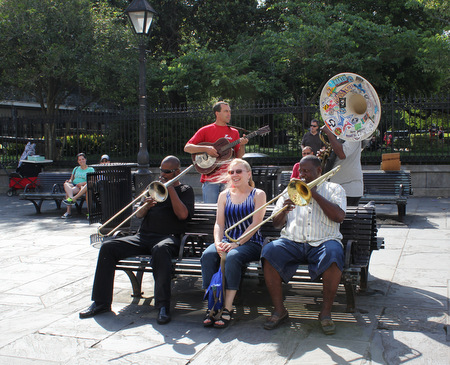 Music has long been the lifeblood of New Orleans, with many diverse ethnic groups—Spanish, French, African, Italian, German and Irish—contributing their own styles to the mix. The city was the only place in the New World where slaves were allowed to own drums. They were allowed to congregate for a few hours every Sunday in Congo Square, where, in an effort to retain their memories of home, they made music and danced. Over time, immigrants from the West Indies joined the gatherings, bringing with them a Latin beat.

Then, as more Europeans arrived, other instruments, such as fiddles, triangles and tambourines joined the drums, rattles and banjos. French and Spanish melodies, along with wholly American songs became part of the repertoire. Jigs, fandangos and Virginia reels were danced. Townspeople would gather to watch the dancing. 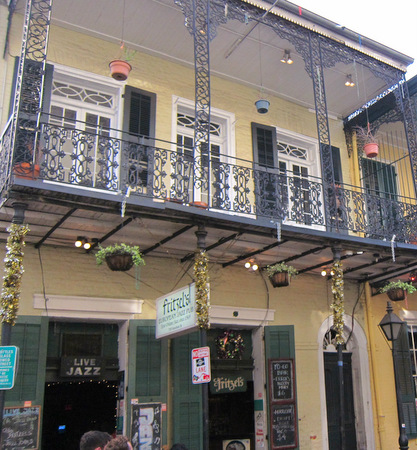 Through the late 1800s and early 1900s three types of music—ragtime, gospel and the blues—filtered into the city, laying the groundwork for the birth of jazz. Ragtime, created by musicians in the Midwest, drew on all music that had preceded it, such as spirituals, folk songs, operas and military marches. All were filled with broken chords and set to new rhythms. Two inter-related forms of music—spirituals, the sacred music of the Baptist church and the blues—arrived from the Mississippi delta. The music of the blues could be about anything as long as the song told a story and was deeply personal. New Orleans musicians began to play the blues on their horns and other instruments, breaking the music down to just three chords, which allowed for a seemingly limitless number of variations that could express an infinite number of emotions. 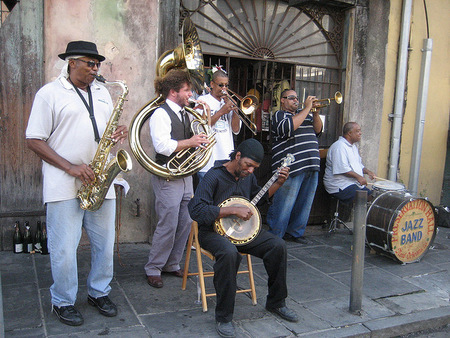 Although the music of the blues and spirituals were virtually interchangeable, the blues were known as “good-time” music that the church-goers felt were the work of the devil. The lines between the two forms of music would eventually blur as churches began implementing a wide variety of musical instruments in an effort to make their songs to the Lord more joyful. The expressive sound of the blues became even more so when played on the horns and by the early 20th century, a new form of music was born. Not ragtime or the blues or spirituals, but a melding of everything at once…jazz! 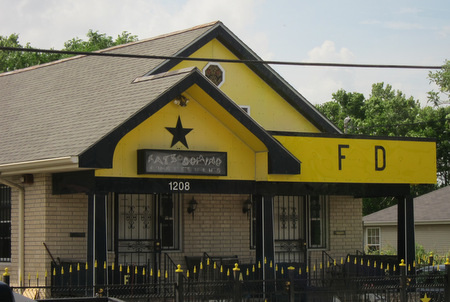 New Orleans became known as the Birthplace of Jazz, famous for its world-class musicians such as trumpeter, Buddy Bolden—the First Man of Jazz; pianist, Jelly Roll Morton; and New Orleans’ most famous musician Louis “Satchmo” Armstrong, who made jazz famous around the world. Modern jazz took hold in the 1950s with the emergence of the great trumpeter Dizzy Gillespie and pianist Ellis Marsalis (as well as sons Wynton and Branford). Whether you’re in the French Quarter, the Garden District or elsewhere, you’re never far from a jazz club and no trip to the Big Easy is complete without a little music to sooth your soul! 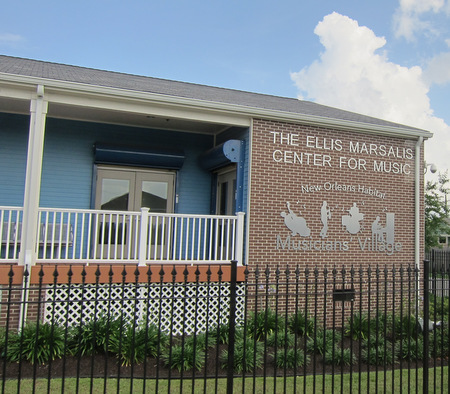 Want to enjoy the music of NOLA for yourself? We still have a few spots available on our Women-only New Orleans Culinary Tour. Contact us or call us at 1-206-317-1860 if you’re interested in joining us or if you have any questions at all.