Africa is a huge place with diverse wildlife that’s bound to dazzle and amaze. Our Tanzania Safari Tour explores just one small section of this vast continent, but you will see more animal species than you could imagine.

Africa is a huge place with diverse wildlife that’s bound to dazzle and amaze. Our Tanzania Safari Tour explores just one small section of this vast continent, but you will see more animal species than you could imagine. Here is a quick guide to what you may see while on safari in Tanzania, including the famous Big Five—lions, elephants, Cape buffalo, leopards and rhinos. 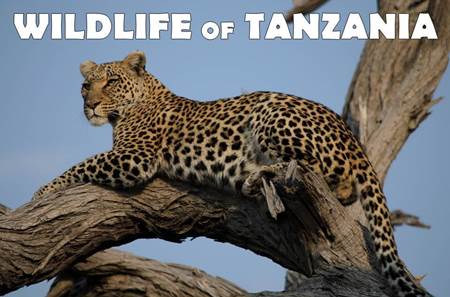 Leopards can be elusive as they like to relax in the branches of trees and are covered in spots designed to camouflage them against the background (and it works pretty well). If you do spot a leopard, they’re sure to be one of the highlights of your time in Tanzania as they’re gorgeous. 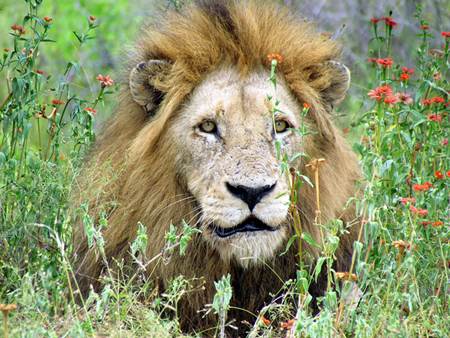 The most social of the big cats, lions have long been a staple of the African savannah. However, there are only about 30,000 of them left in the wild. Even so, it is relatively common to see them while you are on safari, and they inspire awe in every visitor to wildlife sanctuaries and parks. 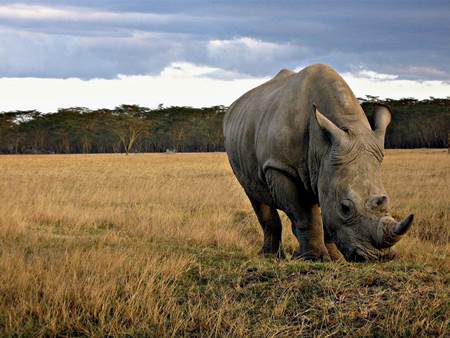 Black rhinos tend to be solitary animals, roaming the plains alone and foraging for food. They feed in the morning and evening, resting from the hot sun under trees during the day. The large horn that rhinos are known for has also been their downfall as they’ve been hunted nearly to extinction due to the highly prized medicinal uses for the horn in some parts of Asia. 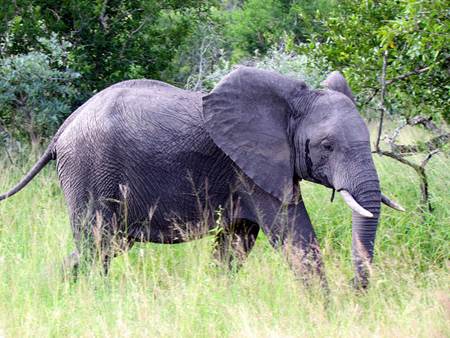 One of the most common (and most fascinating) animals to see on a safari is the elephant. The African elephant is the largest land mammal in the world (and much larger than the Asian elephant). These extremely intelligent herd animals can measure up to 13 feet at the shoulder! There’s no way you can miss them and spotting a herd of them is one of the most thrilling experiences you’ll have on safari…or really anywhere! 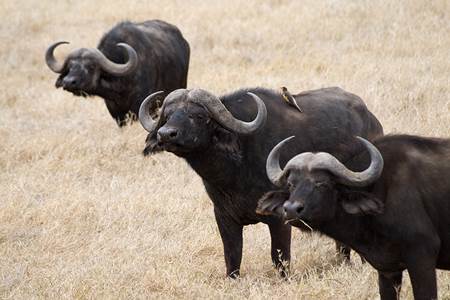 Standing 3 to 5 feet tall at the shoulder, Cape buffalo (also called African buffalo) are another animal commonly spotted on safari. While they may look docile or remind you of cows, buffalo are dangerous and kill many people each year. 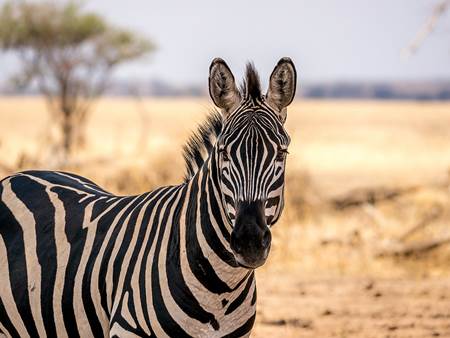 What makes the zebra so identifiable is also what makes them incredibly unique: each zebra has a unique stripe pattern, like a fingerprint. The use of the stripes is uncertain; they may be useful for camouflage or for dissuading insects. Zebra are abundant across the plains, traveling in large herds. 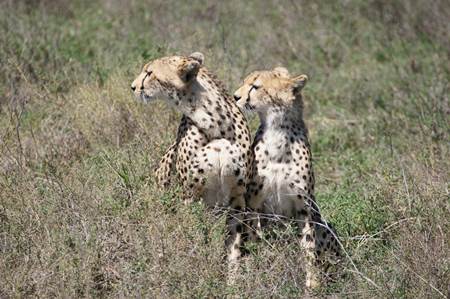 The elephant may be the biggest land mammal, but the cheetah is the fastest. Able to run up to 64 miles per hour, they tend to hunt in the early morning and late evening, making them a rare safari find. These bursts of speed are made possible by over-sized hearts and lungs that help to propel the big cat forward. 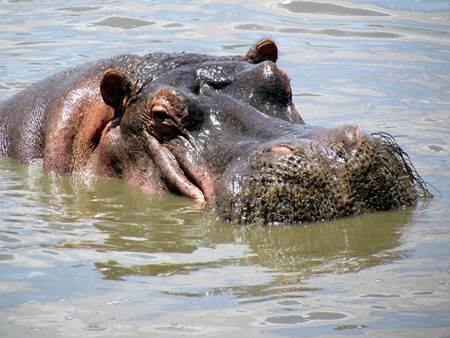 Though they might look cute and bumbling on land, hippos are some of Africa’s most dangerous animals. On land they can run up to 14 miles an hour, and under water they have been known to capsize boats. Hippos spend much of their lives in the water, even developing eyes, ears and nostrils on the tops of their heads to make breathing, seeing and hearing easier. 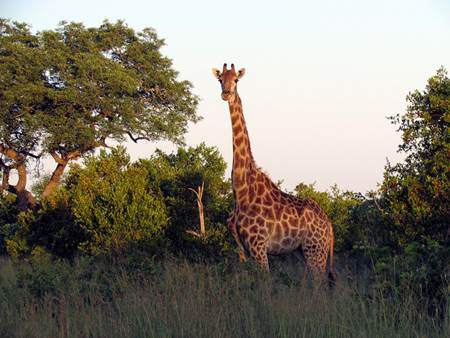 Like humans, giraffes have seven vertebrae in their necks, except giraffe’s bones are much larger, allowing them to graze the tops of trees in the savannah. The Tanzania WanderTour includes a trip to the Tarangire National Park, where you can see plenty of giraffes in their natural habitat. These usually sweet and gentle creatures can be dangerous to an attacker when they kick. 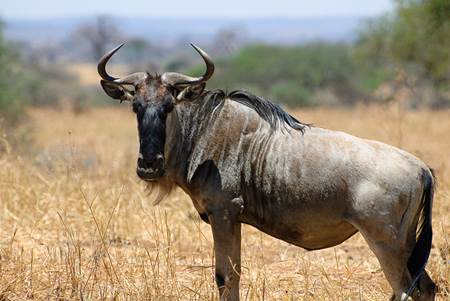 The wildebeest earned its name for its frightening appearance: shaggy mane, large head and sharp, curved horns. A member of the antelope family, wildebeest are actually more prey than predator, and move in large herds across the grassy plains of Africa. On your WanderTour, you will likely get to see a herd of wildebeest at the same location that the Great Wildebeest Migration takes place every year.

What to Buy in Ubud, Bali
Next Post: Suitcase Packing Tips for Women