Weird Things To Eat in Vietnam

One of the best things about traveling is having the opportunity to try the many varied cuisines of the world.

One of the best things about traveling is having the opportunity to try the many varied cuisines of the world. I (try!) to go into each culinary experience with my eyes wide open. Even if I’m not eager to eat something, I’m eager to learn about the dish and the culture that surrounds it. Each country offers its own delicacies and even if some of these foods may seem weird to an outsider, they’re usually completely normal to the locals. Still…is it challenging sometimes to keep an open mind when there are chicken feet sticking out of a soda can? Oh, yeah, you betcha!

In Vietnam, as is the case in many developing countries, it is necessary to make use of every animal part so that nothing goes to waste. Therefore, the country has more that its fair share of dishes that might seem weird to an outsider. Here are just a few…would you eat them?

See also: Interesting Facts About Buddhism in Vietnam | Vietnamese Street Food | The Art of Crossing the Street in Vietnam

Frog dishes are popular throughout the country. The whole body is used—unlike in France, where only the legs are eaten—and popular cooking methods include frying, steaming or grilling. They are often served with a little lemon juice. I think I could actually eat this dish. After all, I’m told frogs taste like chicken (doesn’t everything?). 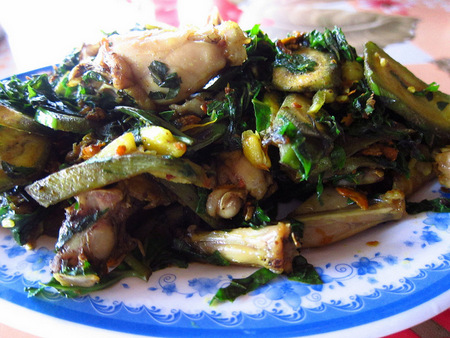 Ga Tan, or “fall-off-the-bone chicken,” is a tiny black breed of chicken that is stuffed into an empty soda can with a handful of medicinal herbs and then simmered in a pot of water for four hours. This healthy dish is supposed to cure whatever ails you. 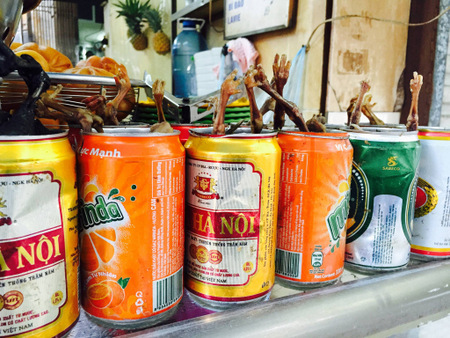 The Vietnamese eat a wide variety of bugs (as do many countries around the world). Although some of the hill tribes enjoy snacking on large water bugs, tarantulas and scorpions, the most popular bugs to eat are silkworms, bee larvae and crickets. The bugs are usually fried and, having very little flavor of their own, they tend to take on the flavor of whatever herbs or sauces they are cooked in.

There’s actually a lot of protein found in insects and there are a few well-known North American chefs who have tried (unsuccessfully in most cases) to include crickets on their menus. Unfortunately most North Americans can’t get past the fear factor involved! 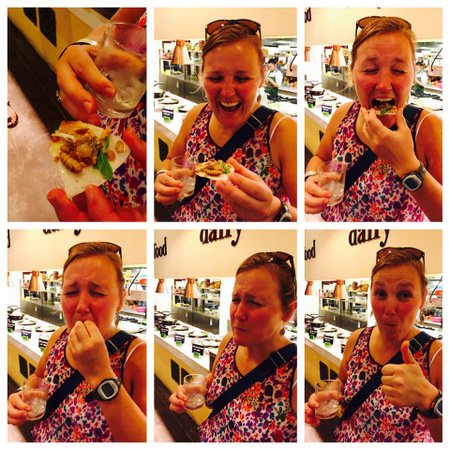 Balut may be one of the strangest of the weird foods you’ll see. It’s a fertilized duck egg—complete with partially formed duck embryo—which has been boiled and is served piping hot and unpeeled. It’s a common street food throughout Southeast Asia. To eat it, you crack the top of the egg, slurp the juices and then scoop out the solid part of the egg with a spoon. Condiments served with it include lemon, pepper, green chili, raw garlic and fresh herbs. 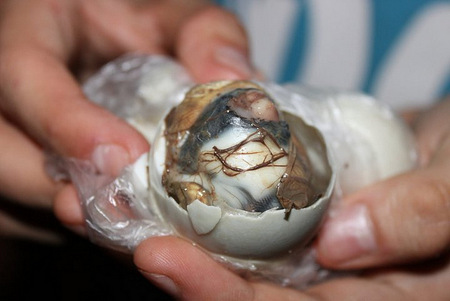 Snakes (I’ve deliberately left this one until the end)

Drinking snake blood and eating its heart is apparently the thing for western tourists to do when in Vietnam. I don’t think so! I have a phobia about snakes as it is, and there’s no way I want to watch it being killed in front of me and then drink its blood. Another snake menu option is drinking snake-infused wine or grain alcohol. Yeah, that’s another no for me! 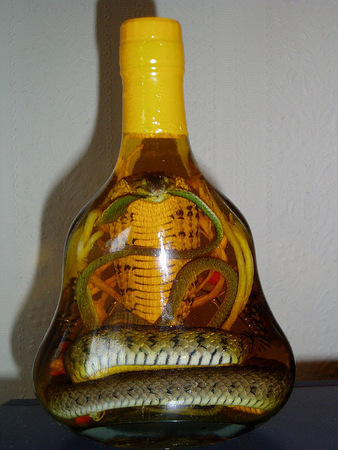