Things To Do In Siem Reap

Siem Reap is the gateway to the crumbling ruins of Angkor Wat but you’ll also find plenty of other places to visit.

WanderTours > Blog > Blog > Things To Do In Siem Reap

Siem Reap—a resort town in northwestern Cambodia—is the gateway to the ruins of Angkor. Angkor, the seat of the Khmer Kingdom from the 9th to the 15th centuries, and one of the most important archaeological sites in southeast Asia, is where you’ll find the ruins of Angkor Wat and Angkor Thom. The Angkor Archaeological Park covers approximately 250 square miles and consists of dozens of temples and hydraulic structures—such as basins, canals and dykes. The park is inhabited with villages scattered throughout. Angkor Wat is particularly spectacular to view at either sunrise or sunset. 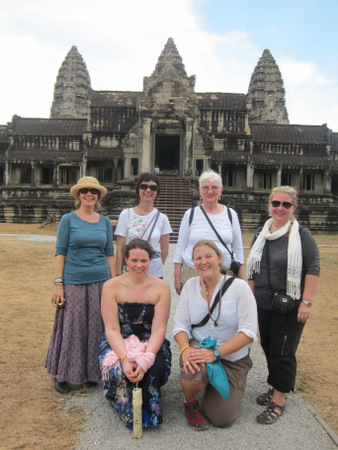 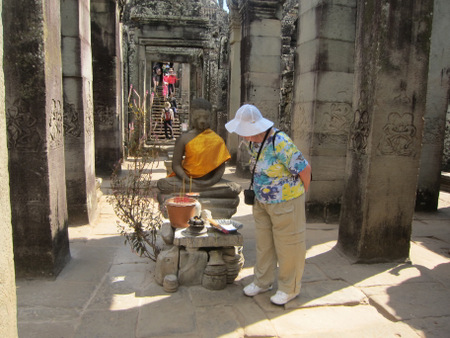 While some of the buildings at this UNESCO Heritage site have been restored, there are others that haven’t been reclaimed from the jungle and are still covered in vines. Ta Prohm (seen in the movie Tomb Raider) is one such temple with its tree-root-embedded crumbling walls. 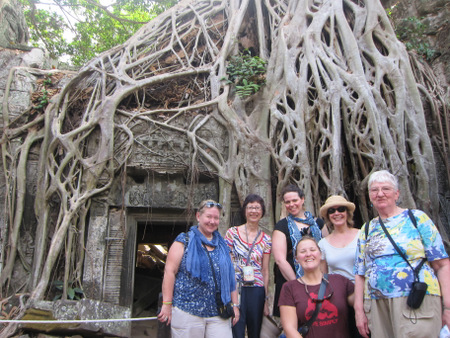 The Bayon temple stands at the center of Angkor Thom. This was the last temple built at Angkor, and it was built primarily as a Mahayana Buddhist shrine. Its best-known features are the massive stone faces that adorn its towers.

The temple of Banteay Srei—citadel of the women—is located 16 miles northeast of the main temple complex. Built of red sandstone, this 10th century temple is dedicated to the Hindu god Shiva. The buildings are miniature in scale and known for their intricate bas relief carvings. 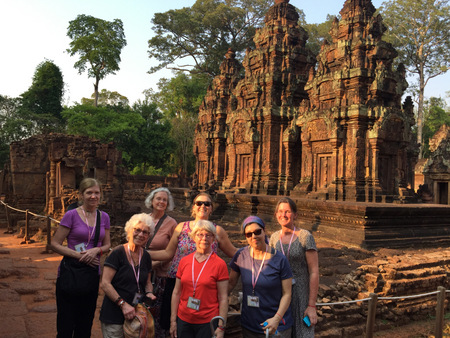 Tonle Sap lake is the largest freshwater lake in southeast Asia, and has been designated a UNESCO biosphere. It stretches across the northwestern part of Cambodia and its dimensions shift depending on whether it’s monsoon or the dry season. The lake, which supplies over half the fish consumed in Cambodia, is located approximately 10 miles from Siem Reap and can be reached by vehicle. Once there, take a boat ride through the floating villages of Khmer, Muslim and Vietnamese households. You’ll also see floating markets, fisheries and schools. 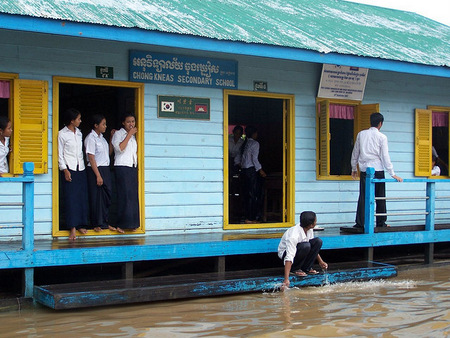 Although not part of our tour, you may want to try and fit in a visit the Angkor National Museum—with its thousands of artifacts from the site—which will give you insight into the history of the Khmer civilization. 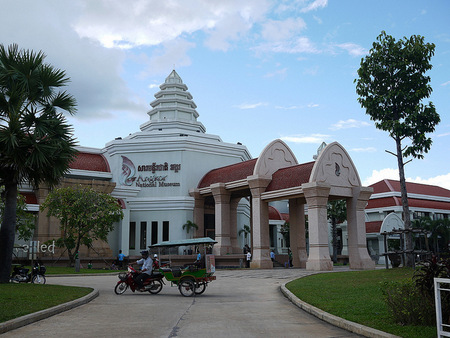 If you’re looking for a break from all the temples, consider learning how to cook Khmer-style. The Cassia restaurant offers personalized cooking classes for two to eight participants at a time. Or, if you’ve ever wondered how silk is made, visit Golden Silk Pheach, a Cambodian NGO where all the silk is handmade. Production of this special golden silk from the yellow silkworm has practically disappeared due to its very low yield and the fact that production must all be done by hand.

Take the Cambodia add-on to our Vietnam tour and you’ll experience all these attractions.

Bali – Off the Beaten Path
Next Post: Thailand Street Food »