The History and Mystery of Cambodia’s Temples

Cambodia’s many temples built by the kings of the Khmer Empire will amaze you with their finely detailed carvings and unique histories.

WanderTours > Blog > Blog > The History and Mystery of Cambodia’s Temples

Cambodia’s many striking temples were commissioned by the kings of the Khmer Empire. From the 800s to the 1400s, this empire stretched across Southeast Asia. Many of the temples were built in the style of temple-mountains, which are symbolic representations of Mt. Meru, the home of the gods in both Hindu and Buddhist traditions. There was a widespread shift from Hinduism to Buddhism in the latter half of the empire, so you’ll find some temples have symbolism from both religions. Whether you’re visiting Cambodia’s temples on your own trip or with us on our Vietnam and Cambodia tour, these temples will amaze you with their finely detailed carvings and unique histories. 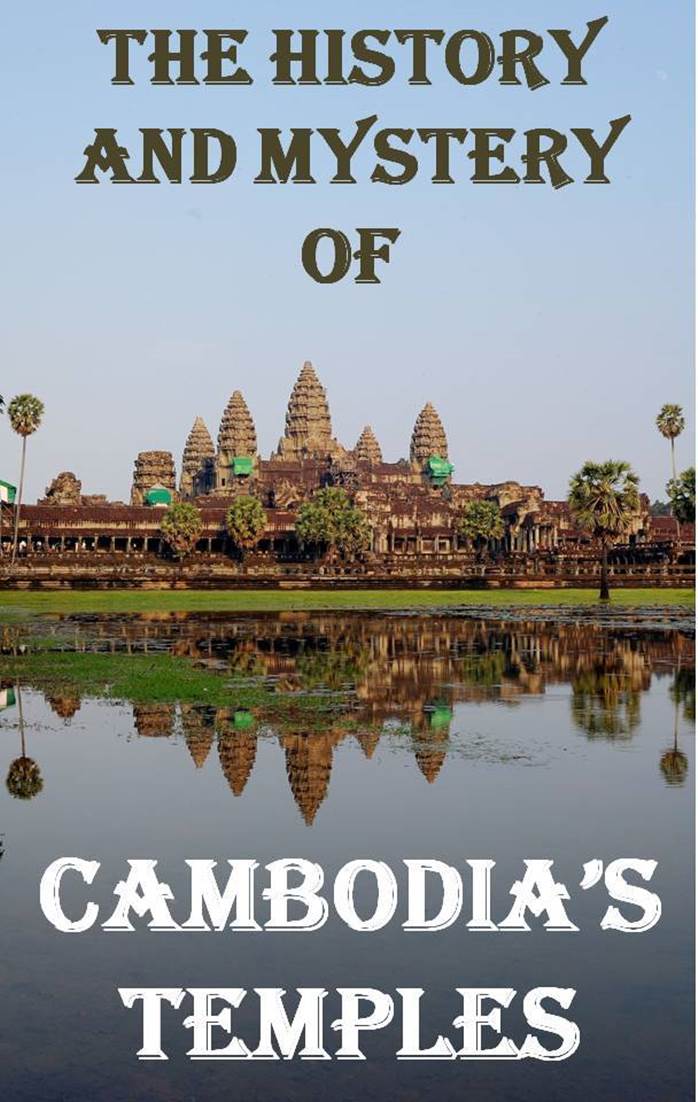 The most famous of example of Cambodia’s temple-mountain architecture, Angkor Wat was built in the 1100s and dedicated to Vishnu, the Hindu protector of all creation. As you walk through the temple, the architectural layout takes you on a metaphorical journey back to the beginning of time, with its towers and carvings symbolizing the universe’s creation and Hindu mythology.

Angkor Wat has been in nearly continuous use since it was built, but was largely abandoned during the 1400s. Historians and scientists remain unsure why this temple and surrounding city were deserted, but theories include environmental changes that affected the water supply and the cultural shift from Hinduism to Buddhism.

Western missionaries first found Angkor Wat in 1860, and it was named a UNESCO World Heritage Site in 1992. The mysteries surrounding the temple, as well as its stunning architecture and spiritual significance, make it a must-see.

Phonm Bakheng was built over 200 years before Angkor Wat, in the late 800s. Phonm Bakheng’s seven levels symbolize the seven heavens of Hinduism. This temple-mountain was dedicated to Shiva, a Hindu god who is both destroyer and benefactor. Head to Phnom Bakheng in the evening for beautiful views of the sunset over Angkor Wat.

East Mebon is known for the detailed and elegant life-sized elephant sculptures standing guard at each of its corners. Elephants are significant in Hinduism, representing spiritual enlightenment and wisdom. East Mebon is also unique because the exact date of the temple’s dedication is known – Friday, January 28, 953. This temple sits in the middle of a now dry pond, which is believed to have been used as both an irrigation reservoir and as a representation of the seas of creation in Hindu mythology.

Known for the massive trees whose roots twist around and through its structures, Ta Prohm evokes a sense of mysterious adventure. The temple was quickly enveloped by the jungle after it was abandoned at the fall of the Khmer Empire. While exploring Ta Prohm, you’ll experience a glimpse of what it felt like to discover the temples of Angkor Wat over 100 years ago. Ta Prohm’s carvings include images of Prajnaparamita, a Buddhist concept of transcendent wisdom, personified as a woman who resembles the king’s mother. 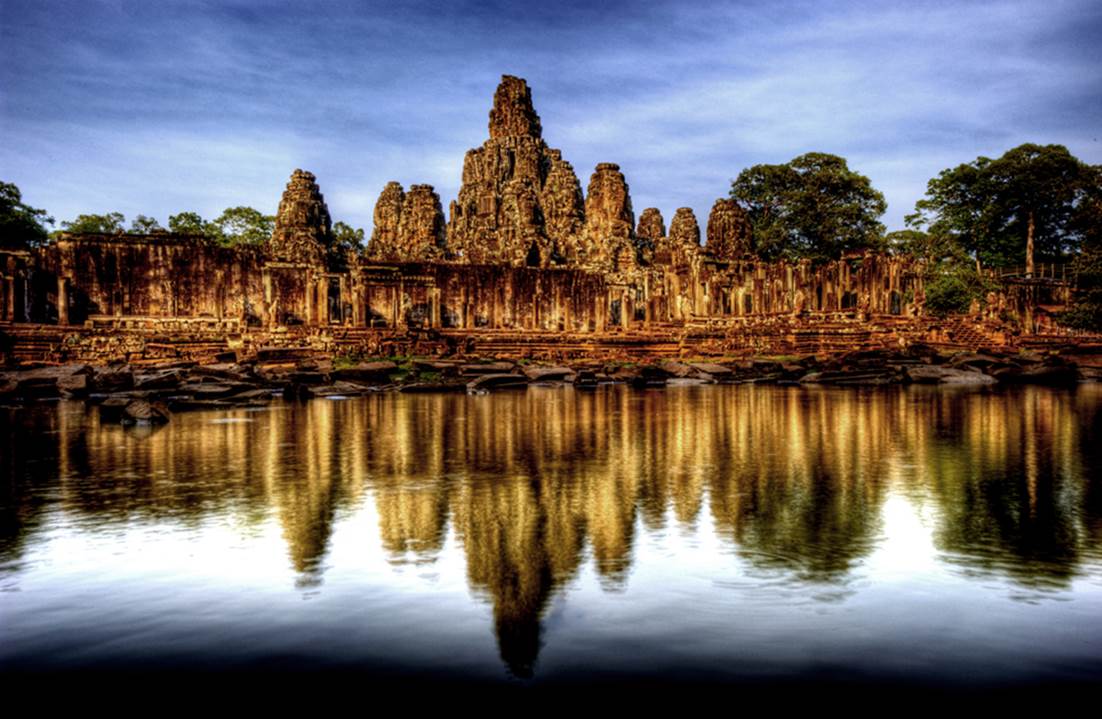 Angkor Thom is a fortified city and the last capital of the Khmer Empire before its decline. The city is believed to be the world’s largest pre-industrial city, covering more area than New York City. These two temples are on our Vietnam and Cambodia tour.

Bayon temple sits at the exact center of Angkor Thom, making it significant within the complex’s religious symbolism. Constructed during the reign of Jayavarman VII (approx. 1181-1218), this temple marks the cultural change from Buddhism to Hinduism using symbolism from both religions. Often called the “face temple,” Bayon is also a monument to Jayavarman VII. Believing himself to be a god-king, he had 216 faces carved into the temple towers. While these faces are intended to depict Avalokiteshvara, the earthly manifestation of Buddha, they strongly resemble the king, a haunting reminder to his citizens of his power.

Prasat Chroung is the name for four separate towers on the walls of Angkor Thom. Each tower is both a temple and a monument celebrating the deeds of Jayavarman VII. The towers contain carvings of dancing apsaras, the female spirit of clouds and water in both Hinduism and Buddhism. 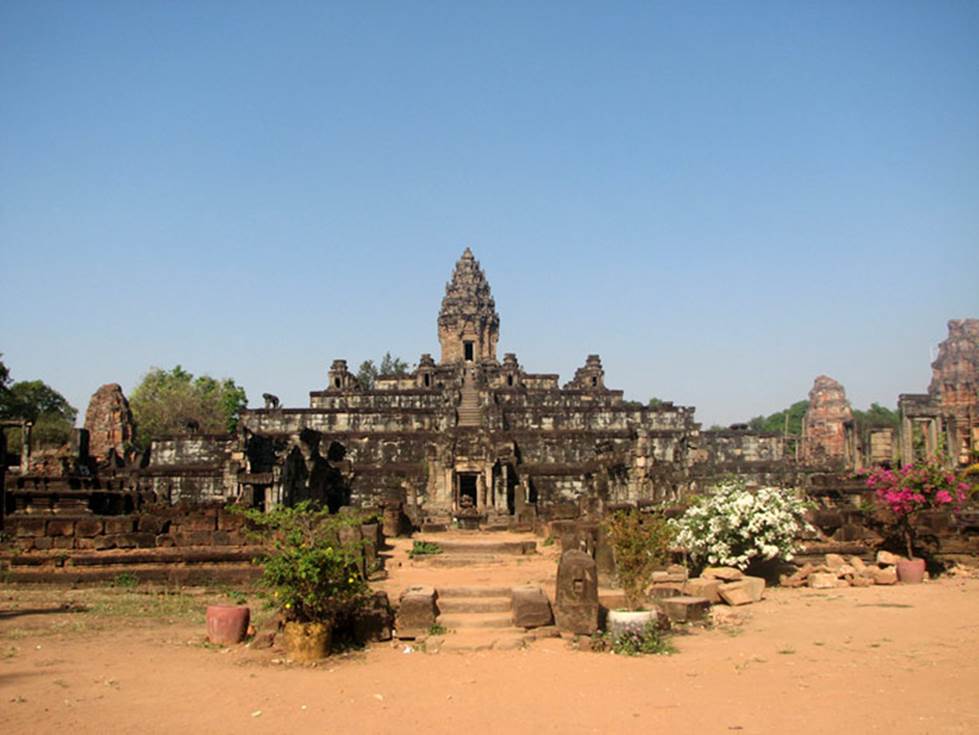 The three temples known as the Roluous Group are Preah Ko, Bakong and Lolei. Dating back to the mid-800s, they are part of the first capital city of the Khmer. When you visit these temples, you’ll see the earliest examples of Khmer architecture open to the public. All three temples include carvings of Vishnu, the Hindu god of protection, and many apsaras, nymph-like spirits of clouds and water. It is believed many of the same craftsmen worked on all three temples.

Several hours outside of Siem Reap, deep in the jungle, lay the ruins of Koh Ker, the capital city of the Khmer Empire in the 1000s, about 100 years before the construction of Angkor Wat.

Unlike the temple-mountains of Angkor, Prasat Thom is a temple tower that somewhat resembles the pyramids of the Maya in South America. At just over 200 feet, this awe-inspiring temple is the tallest temple built during the rule of the Khmer. It once housed a linga, a large stone cylinder symbolic of Shiva and creative power. Due to its remote jungle location, Prasat Thom is relatively uncrowded and gives visitors a sense of stepping back in time. 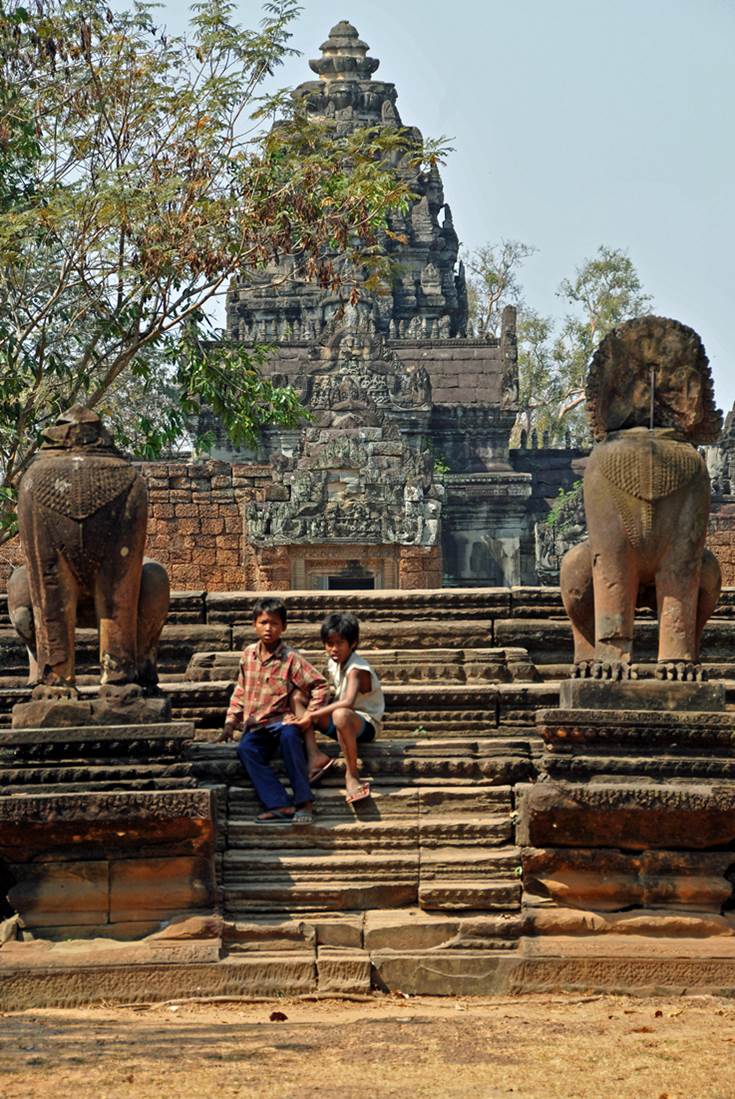 Not far from Angkor Thom, the temples of Siem Reap are home to some of the highest quality carvings and architecture of the Khmer Empire.

Known as the “citadel of women,” Banteay Srei is a stop on our Vietnam and Cambodia tour. Legend states the temple was built by female artisans because its highly detailed carvings are too fine to be done by a man. These exquisite carvings depict scenes from the Ramayana, a Hindu form of epic poetry recorded around 500BC, with oral traditions dating even earlier.

Beng Mealea, a temple nearly as large as Angkor Wat, dates to the mid-1100s and was abandoned before completion for unknown reasons. Beng Mealea is even more unpreserved than Ta Prohm, due to its remote location, and because the surrounding jungle was littered with landmines left by the Khmer Rouge. The area is now safe for visitors. Beng Mealea is best for active travelers who are up for clamoring over piles of bricks left by collapsed towers and walls, which create a sense of sadness and mystery.

Helpful Phrases in Dzongkha for Travelers
Next Post: Diwali ~ India’s Festival of Lights