Santa Fe had long been on my radar as somewhere I had to visit. Here’s my list of reasons to visit this charming colonial town…in no particular order.

Santa Fe had long been on my radar as somewhere I had to visit. Three years ago I discovered the WanderTours Santa Fe Culinary tour and I finally had my chance! Here’s my list of reasons to visit this charming colonial town…in no particular order.

History – I’m fascinated by history and Santa Fe is not only the oldest capitol in the U.S., it’s also the second-oldest city in the country. Between 1050 and 1607—when it was discovered by the Spanish—it was inhabited by the Pueblo Indians. It was part of Mexico until 1914, when it was given to the United States. The rich history and culture make it a fascinating place to visit. The Palace of the Governors, in the main plaza, was constructed in the early 17th century as Spain’s seat of government. The building is now the state museum as well as offering shelter to over 900 native artisans who sell their wares in its shadow. As I love silver jewelry, I could have spent hours browsing.

Food – The food in Santa Fe is as multi-cultural as everything else in the city. You’ll find influences from Mexican, Spanish and Hopi Indian cultures, as well as flavors introduced by more recent immigrants to the area. I ate well when I was there, but felt that I barely scratched the surface when it came to exploring the restaurant scene. A great way to learn more about the local cuisine is to register for a cooking class at the Santa Fe Culinary Academy. 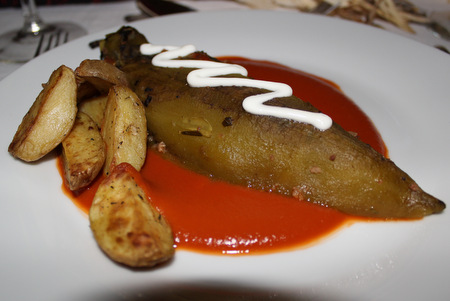 Art – Santa Fe is one of the largest art markets in the world, with its artwork reflecting the multicultural character of the city. Artists were drawn to the city because of its rich culture, stunning landscapes and dry climate. With 250 galleries, a dozen major museums, and numerous Indian jewelry stores, art lovers can while away many happy hours. Stroll picturesque Canyon Road in the Historic District and you’ll encounter over 100 galleries, artist’s studios, jewelry stores, boutiques and restaurants in a mere 1/2-mile stretch. 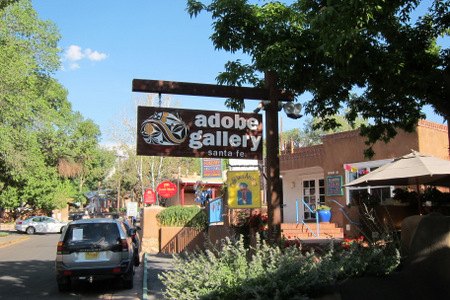 Visit on a Friday night for the weekly Canyon Road Gallery Walk, a social occasion where the galleries open, serving food and drink to visitors as they browse. My daughter and I had a great time people-watching as we sipped margaritas and listened to a quartet strumming and singing. 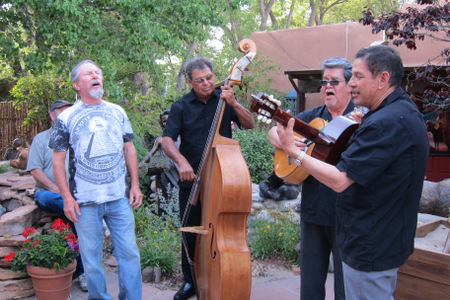 You’ll find an abundance of Mexican-influenced art, such as these colorful flowers and peppers. If I’d had room in my luggage I’d definitely have bought some of the flowers to brighten up my home! 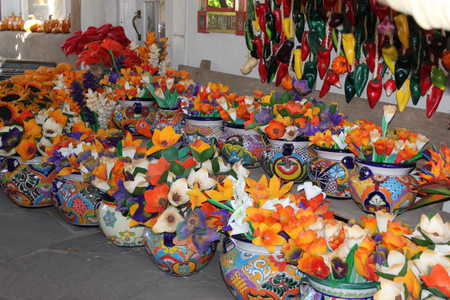 This mosaic was part of the outer wall of a building and I couldn’t resist capturing it. 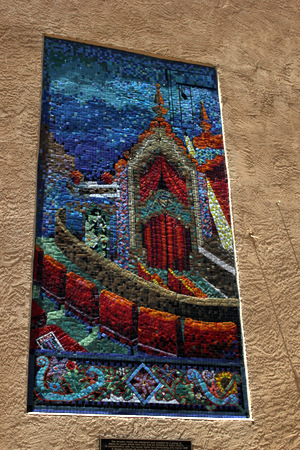 Architecture – Although it may seem that all the architecture in New Mexico is based on the pueblo-style, look a little closer and you’ll start to see variations in style. Its historic adobe architecture evolved from the Pueblo Indian dwellings. Homes were built as a series of rooms surrounding a central courtyard, with earth floors and flat roofs. The Spanish modified these designs, creating what is now called Spanish Pueblo. As trade routes opened and more building materials arrived, the Greek Revival style became popular, with its white wood columns, front porches and pitched roofs. The advent of the railway brought red brick and stone. Today, Santa Fe is renowned for its array of architectural styles and it truly is one of the most picturesque places I’ve visited. 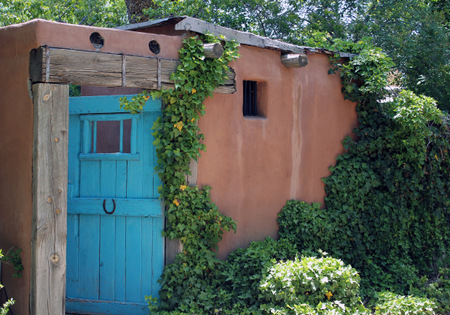 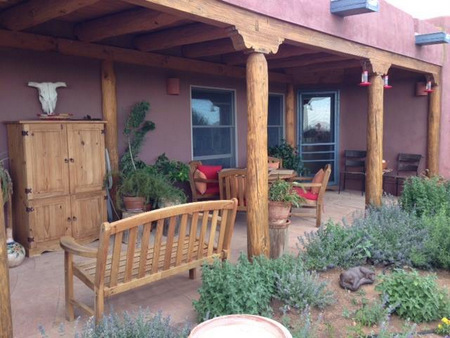 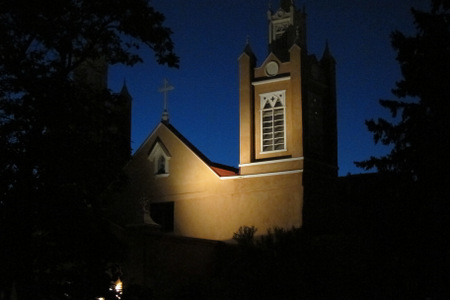 The Great Outdoors – Santa Fe’s location in the foothills of the majestic Sangre de Cristo mountains lends itself to magnificent scenery. At 7,000 feet above sea level and with over 300 days of sunshine annually, the climate is semi-arid, with hot dry summers and chilly winters. Hikers, mountain-bikers, and skiers will all find plenty of opportunity to enjoy the great outdoors. 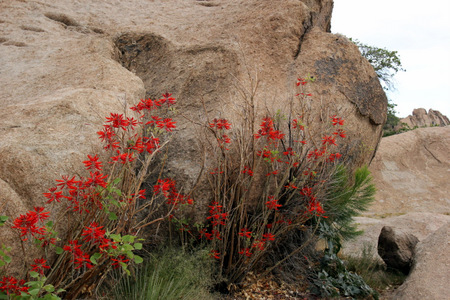 Chocolate – Santa Fe is well-known for its chocolate. Whether you’re after drinking chocolate or eating, you won’t have a problem finding something that meets your taste. 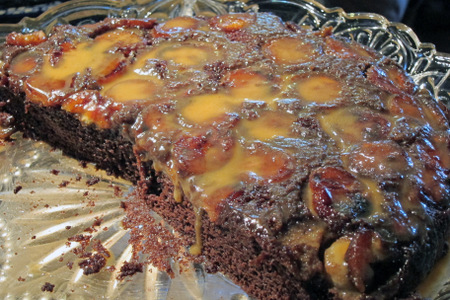 I just hope that I have the opportunity to return one day, as I felt there was so much I didn’t have time to explore.

Seattle Food Scene – What Makes It So Unique
Next Post: New Orleans Cocktails