Tacos, Tamales and Enchiladas. How can a newcomer to New Mexican cuisine differentiate between all the various dishes? 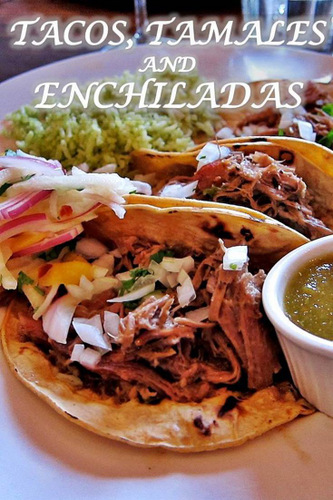 Although New Mexicans like to claim that their cuisine differs from Mexican or Tex-Mex, there are many similarities between them all. Dine at an authentic New Mexican restaurant and while you’re unlikely to be served sour cream (Tex-Mex) or guacamole (Cal-Mex) as condiments, you will find plenty of tacos, tamales and enchiladas. And most dishes will be accompanied by red or green—or a combination of both—chiles.

Hailing from the northern climes of Canada, I wasn’t totally sure about what to expect four years ago, when I participated in our Santa Fe Culinary Tour. If you’re feeling a bit confused, like I was, and don’t totally understand the differences between the various dishes, here’s a little refresher.

Tacos come in many forms, but in authentic New Mexican cuisine the corn tortilla is always fried in the shape of a trough and filled with a variety of toppings. Toppings can include meat, beans, cheese, onions, and usually chopped lettuce and tomatoes. Go to Mexico and your taco will consist of a soft corn or wheat tortilla wrapped around a filling. 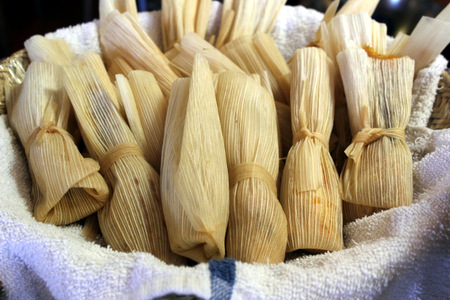 No one is quite sure how long tamales have been eaten. They are documented in pre-Columbian history dating back to 5,000 BC, perhaps even as far back as 7,000 BC. For warrior tribes such as the Inca, Aztecs and Mayans, tamales were food that was easy to carry into battle.

Tamales often consist of a filling wrapped in a dried corn husk or banana leaf. They can be made ahead of time and warmed as needed. You’ll find a huge diversity in fillings—masa, meats, fruits, squash blossoms, chocolate, cheese and so on.

Because they are so labor intensive to make, tamales are usually only served on special occasions such as Christmas and other holidays. The Santa Fe School of Cooking offers a terrific hands-on class on how to make tamales. It’s one of the highlights of our tour. 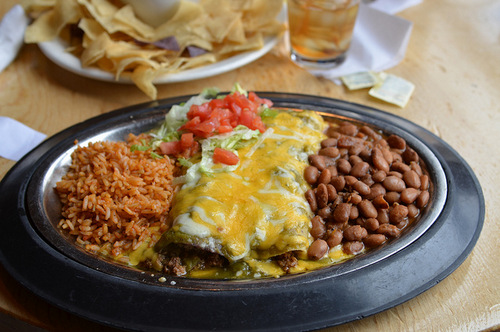 Enchiladas are another variation of a corn tortilla with a filling. The tortillas can be rolled around the filling or stacked and served flat, with meat between the layers—like lasagna—and covered with a red or green chile sauce and cheese. It’s most common to see stacked enchiladas in New Mexico and blue corn tortillas are most definitely a local variation. 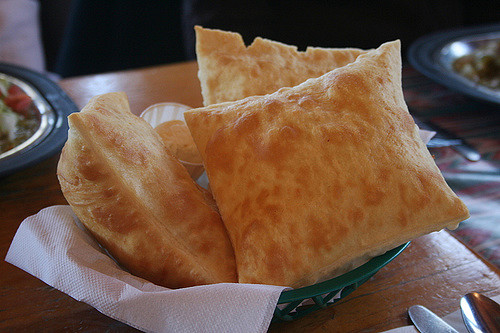 One last dish you need to taste when you’re in Santa Fe? That’s the sopapillas! They’re pillow-shaped fried pastries (similar to a donut), which are often served in place of bread. There are the savory variety, filled with ground beef, or best of all, the dessert variety…usually drizzled with honey.

We’ve recently announced our 2017 Santa Fe Culinary Tour—this tour always sells out early, so if you’re interested in joining us, don’t wait too long! Contact us or call 1-206-317-1860.