One of the best ways to experience the history of New Orleans is to visit a few of its plantations.

Although New Orleans is a large bustling city, it’s easy to venture beyond its modern trappings and step back through time, into its rich history. One of the best ways to do this is to visit one or two of the plantations just outside of the city proper. Here, you’ll find yourself immersed in another time, complete with hoop skirts, antebellum mansions and wide, tree-lined avenues. You’ll also get a peek at the darker side of plantation life when you tour the slave cabins and hear a recounting of their lives.

These plantations were once bastions of agriculture for the area and most were built on the shores of the Mississippi River, making it easy to ship goods such as cotton and sugar, first to the port of New Orleans and then farther afield.

I visited both the Oak Alley and Laura Plantations when I went on our New Orleans Culinary Tour. I wish I had had time to visit more of these fascinating sights!

Our visit to the Oak Alley Plantation—one of the best preserved of the sugar plantations—includes a Cajun/Creole lunch at the restaurant, which is housed in a 19th-century cottage. There’s also time to wander around the grounds with an interpretive map. Time allowing, you can walk the quarter-mile alley of 300-year-old live oaks that leads down to the river.

When the mansion was fully renovated in 1925, modern plumbing and kitchen facilities were added. The mansion and surrounding 25 acres are now supported through the Oak Alley Foundation. 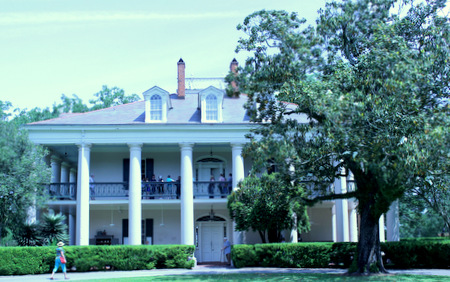 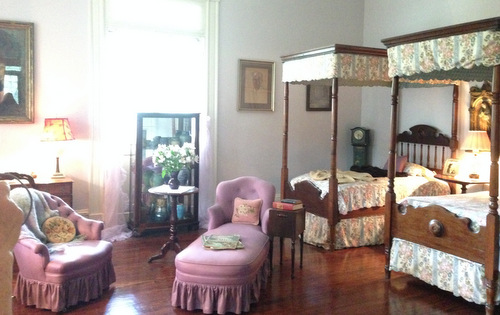 The Laura Plantation was a Creole family business. It was established in 1804 by Guillame DuParc, a French naval veteran of the American Revolution. Upon his death, the plantation was run by four generations of women until it was sold in 1891, by Laura Locoul, his great-granddaughter—yep, there were strong women even in the 1800s!

The entire family would move from New Orleans to the plantation, where they would live from spring until Christmas every year. Once the sugar was planted, tended and harvested, everyone would move back to the city for January, February and March, for the season. Each person had a specific role to play and the plantation was the source of the entire family’s income.

Slaves accounted for 80 percent of the plantation’s population. Even after the emancipation of slaves in Louisiana in 1866, many of the slaves continued to live on the plantation—in fact some of the cabins were inhabited up until 1977. Today, visitors can tour the four remaining slave cabins. 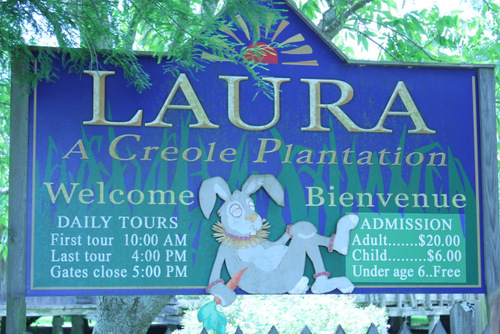 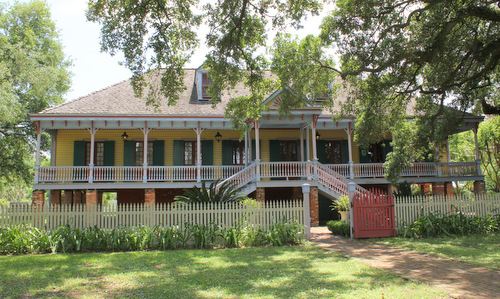 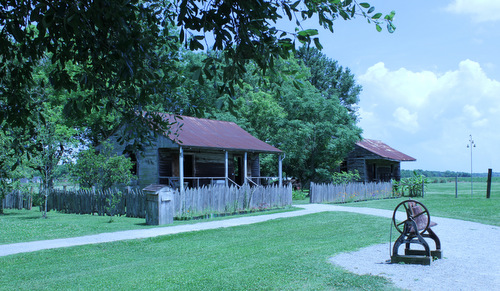 The Bocage Plantation—built in 1837, after the original 1801 Creole cottage on the site burned down—is an example of American Greek Revival architecture. It was a wedding present from planter, Marius Pons Bringier, to his fourteen year old daughter, Fanny, when she married Christophe Colomb, a native of Paris, France. While Christophe stayed busy enjoying the luxuries of life, Fanny took over running the plantations—another family where the women ruled!

Bocage only opened to public tours in 2008. The second-level parlor doors open to a magnificent view of the 100-acre plantation. This plantation is located one hour from New Orleans and 20 minutes from Baton Rouge. It also serves as a bed and breakfast. 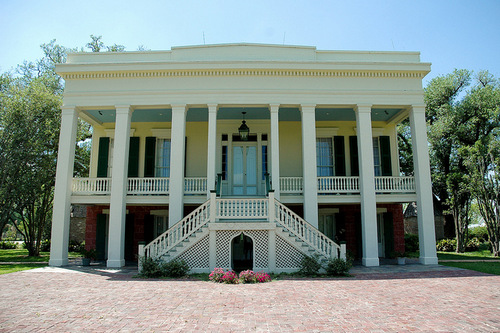 Evergreen Plantation—with over 250 years of family ownership—is the most intact plantation in the south. Out of its 37 buildings, 22 are slave cabins.

The plantation is on the National Register of Historic Places and joins Mount Vernon and Gettysburg as being granted landmark status for its agricultural acreage. Although there are daily tours, it is a privately owned sugar cane plantation, where people live and work. 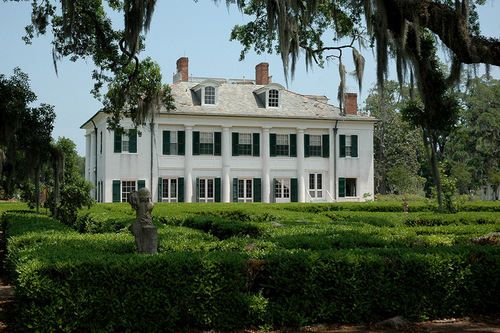 The Ormond Plantation—built in the late 1700s— is an example of Louisiana Colonial style. The house is modeled after the sugar plantations in the West Indies, with large cement columns and bricks. As with many of the plantations, the grounds are covered in large oak and cypress trees, which are adorned in Louisiana’s native Spanish moss.

The plantation originally produced indigo and then sugar cane. The antebellum mansion is now open to public tours, available for private events such as weddings and is home to a bed and breakfast. 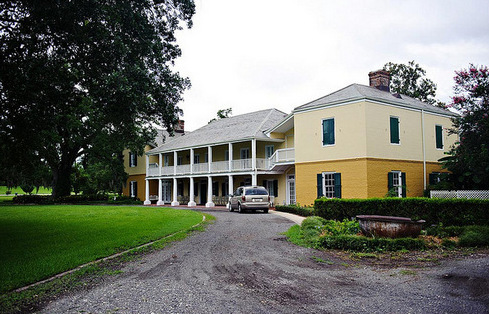 These are merely a few of the plantations in the New Orleans area. Each home has its own fascinating history and unique architecture. Although we only visit the first two on our tour, it might be worth staying in New Orleans for a few extra days to visit some of the others.

Must-try foods in Bali
Next Post: New Orleans Seafood – What Not to Miss