Whether you’re thinking about visiting the monastery or just curious, here are some facts about Tiger’s Nest that may peak your interest.

Legend states that Guru Rinpoche—also known as Guru Padmasambhava—arrived in Bhutan by flying on the back of a tigress. He visited several caves and cliff sides in order to meditate and subdue local demons. He spent a large amount of his time on the mountainside above the Paro Valley, sanctifying the place that would later become one of Bhutan’s holiest monasteries—Paro Taktsang or Tiger’s Nest. 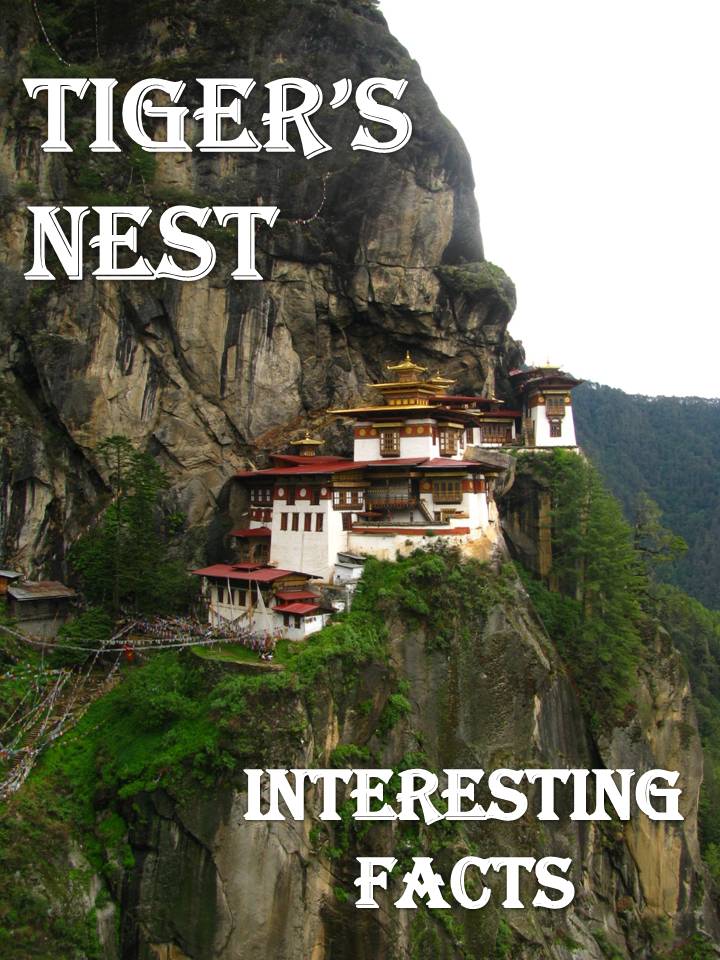 Although the monastery does draw its share of tourists, it is not a place most are instantly familiar with—unlike the Pyramids of Giza or the Leaning Tower of Pisa. Getting there also involves a two-hour hike, putting this spot a bit off the beaten path, but it’s so worth it. Knowing a little bit about what makes Tiger’s Nest so significant also helps. Whether you’re thinking about visiting the monastery or just curious, here are some facts about Tiger’s Nest that may peak your interest.

1. The monastery is made up of four temples and a collection of residential shelters that are uniquely designed to rest on the mountain side. Wooden bridges and stairs carved into the mountain connect the buildings, and each building has a balcony with a beautiful view of the Paro Valley below. 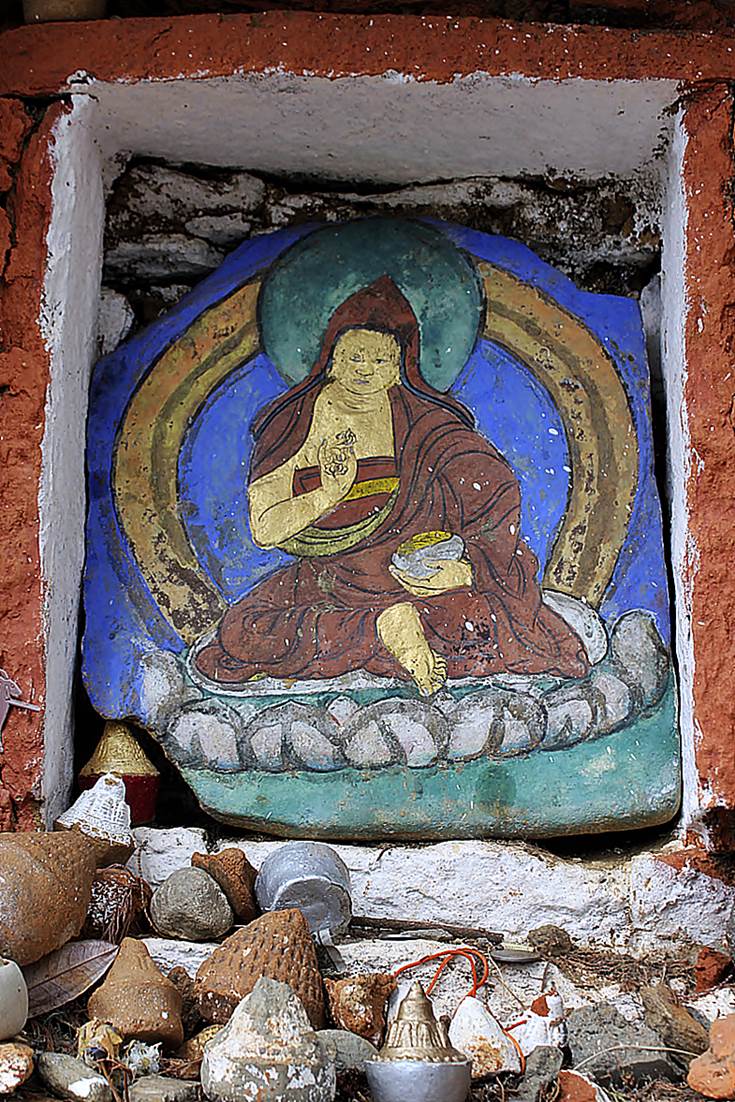 3. There are several paths leading to the temple. The most popular path takes you through a pine forest and past the colorful prayer banners that protect the temple from evil spirits. Another path can be found in the north passing through a plateau called “A Hundred Thousand Fairies.” There are also paths for mule and pony treks; however these do not go all the way to the top.

4. Prayer flags act as a guide toward the monastery, truly immersing you into the religious and spiritual essence of the mountain. You will also see prayer wheels and chortens (meditations places) along the path, giving you an excuse to rest and take pictures. 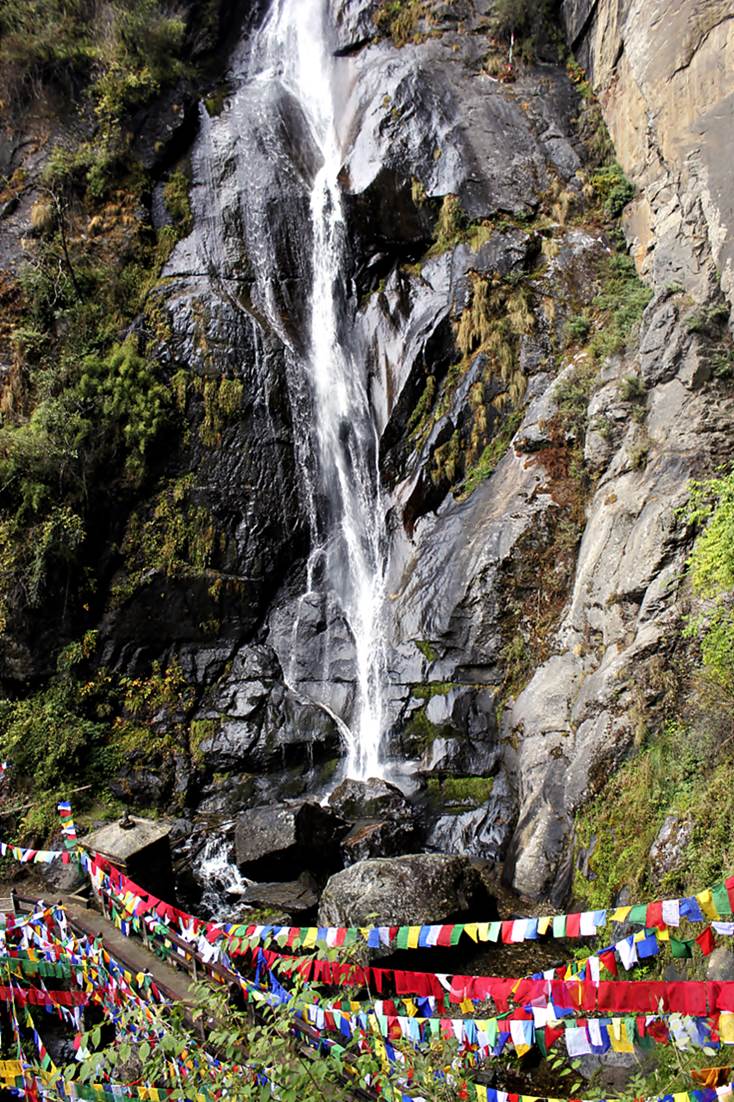 5. The prayer wheel in the courtyard of the main shrine is rotated every morning by the monks. Doing so marks the beginning of a new day.

6. The original structure actually burned down in 1998. The Tiger’s Nest seen today is the result of a 135 million ngultrum (about $2 million US) restoration and rebuilding project that finished in 2004. Despite being built in the 21st century, the monastery’s architecture and design resembles that of 8th century temples.

7. Tiger’s Nest is notable enough to earn a visit from royalty. In 2015, the Duke and Duchess of Cambridge, Prince William and Kate Middleton made the trek to the monastery while visiting Bhutan. 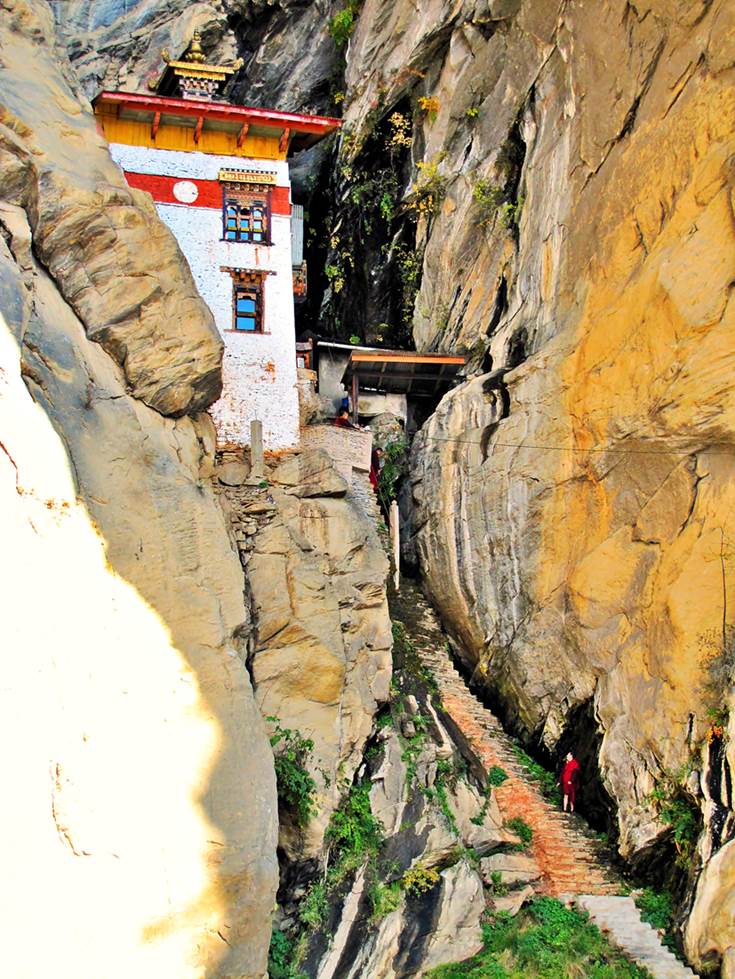 8. Many caves surround and reside in the monastery. Two worth visiting are known as Tholu Phuk and Pel Phuk. These are supposedly the first caves Rinpoche visited and meditated in. Modern monks will meditate and live in those caves for years as part of their religious practice.

9. Sometime during March or April, the Tsechu festival is held in the Paro Valley. This festival honors and remembers Guru Rinpoche as he had performed dances in the valley long ago to bring health to the king. Because of this, the four-day festival consists of performing dances to vanquish off evil spirits and praise spirits of life and health. Visiting the monastery during the festival is a real treat as you experience ancient Buddhist traditions in the modern day. However, the valley is more likely to be busy and crowded around this time as well.

Helpful Phrases in Hindi for Travelers
Next Post: Dishes You Must Try in Tanzania