The Elephant Nature Park in Thailand was established in the 1990s, in the northern province of Chiang Mai. The aim of this unique non-profit is to provide a sanctuary and rescue center for distressed and abused elephants from all over Thailand. 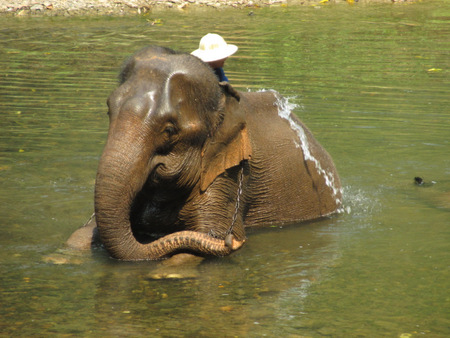 The Elephant Nature Park in Thailand was established in the 1990s in the northern province of Chiang Mai. The aim of this unique non-profit is to provide a sanctuary and rescue center for distressed and abused elephants from all over Thailand.

Why are Asian Elephants endangered?

At the start of the 20th century there were over 100,000 Asian elephants in the wild but current numbers are estimated at approximately 30,000. Why? The ever-increasing human population is encroaching on their jungle habitat. Nearly 20% of the world’s human population lives in or near the habitat of the Asian elephant. Their habitat is becoming fragmented by large developments such as dams, roads and mines, thus fragmenting the wild elephant population. It’s impossible for them to mingle as their ancient migratory routes are disrupted by human settlements.

The close proximity is also leading to an increase in elephant/human conflict. Elephants raid crops and villages, leading to losses in human property and sometimes human life. When villagers retaliate, the result is often death of the elephant. This is actually considered by experts to be the leading cause of elephant deaths.

Poaching is another factor leading to the downfall of these magnificent beasts. As only the males have tusks, they are the target of the poachers. Although the trade of ivory has been banned for over 20 years, this horrible practice is still in existence.

How are elephants abused?

The demand for elephants in the tourism industry is a huge problem. We’ve all seen pictures of tourists astride an elephant in Thailand. Although it happened years ago, I have to guiltily admit that I’ve ridden one myself – but never again! Most of us probably never think about how the elephant is trained to allow us to ride them. They are, after all, a wild animal. Do you know any wild animal that would allow you to touch it, let alone ride it?

The taming process is brutal and is, in effect, torture of baby elephants. The end goal is break the baby elephant’s spirit, in order to get it to do what it is told. Although elephants have been trained in this manner for hundreds of years so they can be used in logging and other endeavors, surely no holiday photo is worth such brutality?

The Goals of the Elephant Nature Park 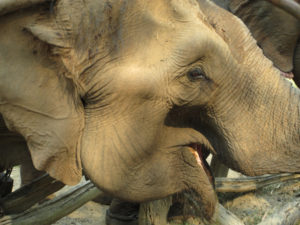 We’re visiting the Elephant Nature Park on our tour of Thailand and Laos. But, of course, not riding any 🙂