When I had the opportunity to travel to New Orleans I jumped at the chance to immerse myself in the textures, smells and flavors of the Deep South. And I wasn't disappointed.

The Cuisine of New Orleans

I’m a foodie…I love reading recipes and experimenting with ingredients and I own more cookbooks than anyone else I know. Traveling gives me a chance to dive headfirst into new food experiences so when I had the opportunity to travel to New Orleans I jumped at the chance to immerse myself in the textures, smells and flavors of the Deep South. And I wasn’t disappointed. I thought I’d share some of my new found knowledge with you. 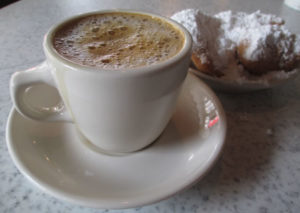 Cajun Cuisine – is a rustic cuisine brought to Louisiana by the French-speaking Acadians when they were expelled from Canada. Recipes rely on locally available ingredients and meals are usually simple, comprised of a main dish and steamed rice.

Creole Cuisine – originated in Louisiana and is influenced by a combination of French, Italian, Spanish, Portuguese, Native American and African cooking techniques and ingredients. Foods introduced by the Portuguese, Spanish and Italians include: hot peppers, beans, tomatoes, rice and pasta.

The Holy Trinity of Creole/Cajun Cooking – most regional dishes in Louisiana start with three basic ingredients (thus the name) – celery, onions and peppers – which are coarsely chopped and sauteed to make a mirepoix. You will find that occasionally one of the ingredients is replaced or supplemented by either garlic, parsley or shallots. The name likely originated because Louisiana has a strong Roman Catholic population. 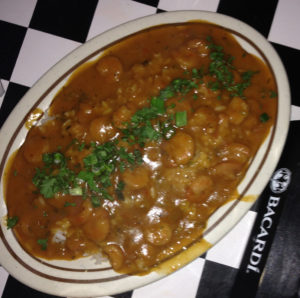 Seafood – located on the shores of the Gulf of Mexico, New Orleans is well-known for its seafood. The selection is huge and varied… I wasn’t there long enough to sample everything I would have liked, but will hopefully return someday.

Other foodie highlights to watch for – New Orleans has plenty to offer the sweet tooth. Walk through the French Quarter and you’ll see plenty of signs advertising beignets. These fried fritters are served smothered in powdered sugar and are generally served three at a time…I dare you to eat all three! If you like your treats teeth-achingly sweet, try a New Orleans praline. This combination of sugar, butter and pecans is a popular choice for those looking for a gift to take home with them.

There are so many delights I haven’t even mentioned – such as grits, chicory coffee, Bananas Foster and bread pudding – but I’ll leave those for another post. If your mouth is watering, there’s still room on next year’s culinary tour!

The Santa Fe Chocolate Trail
Next Post: 2015 is the Year to Visit Burma