The Importance of Travel Insurance

Something happened recently that reinforced the importance of having insurance when you travel outside your home country. 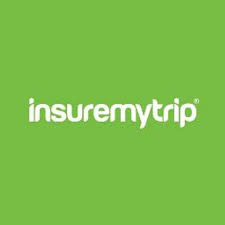 I know it’s only a few months since I last wrote about purchasing travel insurance, but something happened recently that reinforced the importance of having insurance when you travel outside your home country. Many of us in the travel community follow well-known travel bloggers Deb and Dave from The Planet D—a Canadian couple who travel the world, having fun and participating in all kinds of adventures. They’ve cycled the length of Africa—from Cairo, Egypt to Capetown, South Africa – and driven 14,000 kilometers – from London, England to Mongolia – all without any major mishaps. A couple of weeks ago their luck changed.

They were cruising the Peruvian Amazon, generally a pretty non-strenuous, relaxing way to explore a country. On a jungle walk, Dave decided to run back to the skiff where he’d left his camera bag. He lost his footing and fell on a set of metal stairs, landing hard on his spine. The end result was two broken vertebra and excruciating pain.

You can picture the scenario…they’re in the middle of the Amazon jungle, four days cruising distance from the remote town of Iquitos, Peru, with a broken back. Although they didn’t know at the time that Dave’s back was broken, they knew it was pretty serious as the slightest movement caused him to scream in pain. Without hesitation, they called their insurance provider to confirm they’d be covered for a medical evacuation; without insurance they might have hesitated and waited a while to see if the situation improved.

Fours hours later a float plane arrived to take them to the hospital in Iquitos. After a few scary days in the hospital, their insurance provider sent a medevac jet to get them out of Peru and home to Canada, where he’ll spend up to two months in the hospital recovering from his injury. 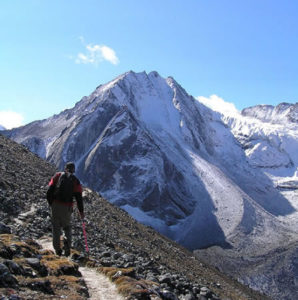 Purchasing insurance of any kind is always a gamble. You may end up paying thousands of dollars on insurance over the years and never use it. But that one time you need it? It can save you hundreds of thousands of dollars. When I was a travel agent selling insurance, I used to go through the policy with my client so that they’d know the inclusions and exclusions of the policy. Perhaps the most important clause in the entire policy is the one that covers “pre-existing conditions!” If you already have a condition or are on medication for something, make sure you know whether or not you’ll be covered if that particular condition occurs again while you’re out of the country.

There’s currently a situation in Canada where a young couple – the wife being pregnant—traveled to Hawaii. The baby was born prematurely, while they were in Hawaii, and because it was premature, ended up being in the hospital for a number of weeks. The overall hospital bill reached almost $1 million U.S. The insurance company is refusing to pay out on much of the bill. The reason the company won’t pay? The baby wasn’t covered by the insurance policy because it’s impossible to cover someone who hasn’t yet been born.

So, while I urge you to at least consider purchasing medical insurance when you travel – because you never know what can happen – for heaven’s sake, read the policy before you purchase. Not every policy is the same. Caveat emptor (let the buyer beware). We recommend Insure My Trip as you’ll find offerings from a number of different insurance companies and can compare policies. If you’d rather not purchase insurance online, I recommend you speak to an insurance broker so they can explain all your options to you.

Bhutan – Traveling to the Land of Happiness
Next Post: Haunted New Orleans