10 Interesting Facts About the Himalayas

The Himalayas are some of the greatest natural wonders of the world, and there just might be a lot you don’t know about these famous peaks.

The Himalayas are some of the greatest natural wonders of the world. This gigantic mountain range is about 1,500 miles long, stretching across Southeast Asia. Comprised of 30 mountains and nine of the highest peaks in the world, including Mount Everest and K2, this mountain range is full of interesting world records, culture and geographical marvels. We get up close and personal with the Himalayas on the Snowman Trek, but if you can’t do that trek yourself—here are ten pretty nifty facts about the Himalayas.

More about Bhutan: Foods of Bhutan | Traveling in Bhutan FAQ

The Highest Mountain Range in the World
A monstrous mountain range, the Himalayas has 30 peaks that tower over 24,000 feet and average about 200 miles in width. In fact, the Himalayas cover about 0.4 percent of the surface area of the Earth!

They’re Getting Taller!
Scientific tests have led to the discovery that the Himalayas are geographically alive! Research has shown that the Indo-Australian plate moves about 20 mm per year, causing the mountains to continue to grow in size. This means those mountains are going to be even taller!

Yetis and Other Legends
The Himalayan mountains stretch across five different countries: India, Nepal, Bhutan, Tibet and Pakistan. For this reason, much folklore and mythology revolves around the mountain range. In Hindu mythology, the God Shiva is said to reside in the Himalayas. The Nepalese call the mountains “Sagarmatha,” which means “Goddess of the Universe” or “Forehead of the Sky.” A Sherpa legend—which has also become integrated in Western pop culture—tells of the Yeti, which is said to be an ape-like monster that roams the Himalayas.

Geographic Variation
Due to the length, breadth and height of the mountain range, the Himalayas have a variety of geographical landscapes. Farther up in elevation, you’ll find snow-capped mountains, but traveling along the base you’ll find lush green valleys and dense jungles. This also means there are great changes in climate. Near the peaks, it is cold and icy. Near the bottom, the climate is wetter and warmer. Winter and summer are the only seasons that really occur on the mountains.

Rivers That Flow from the Himalayas
The Ganges, the Indus, the Brahmaputra, the Mekong, the Yangtze and the Yellow Rivers all originate in the Himalayas. This water supplies three primary river systems in Southeast Asia: Indus Basin, Yangtze Basin and Ganga-Brahmaputra. Interestingly, those rivers are actually older than the Himalayan peaks!

Mountain Names
Mount Everest was named by Sir Andrew Waugh in 1865 in honor of his predecessor Sir George Everest who was the Surveyor General of India from 1830 to 1843. However, the locals have their own names for the giant mountain. The Tibetans and Sherpas call it Chomolungma, which means “Mother Goddess of the Earth.”

Danger on Mount Everest
Around 150 people have died during their expeditions to the peaks of Mount Everest. Frigid climate and unstable terrain makes a climb to the peak dangerous and thrilling. With a death rate of 9 percent, the climb is not for the faint of heart. 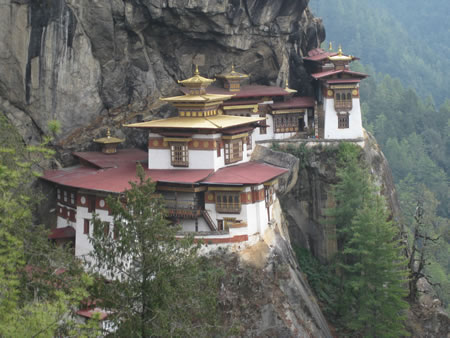 Colored Pencils on the Peak
Tenzing Norgay from Nepal and Edmund Hillary from New Zealand were the first people to climb to the peak of Everest in 1953. The duo had a total of 15 minutes to spend on top on Everest, which, rumor has it, gave Tenzing enough time to bury his daughter’s red and blue pencils on the peak.

Exotic Wildlife
Due to its unique climate and geography, the Himalayas are home to some of the rarest species in the animal kingdom. Snow leopards, wild goats, Tibetan sheep, musk deer and mountain goats can be seen stalking, jumping and leaping through the mountains.

Natural Sanctuary
Despite the sometimes harsh conditions, there are people who reside in the Himalayas. The majority of these residents are those who live in the mountain monasteries. With Buddhism, Islam and Hinduism in the region, the mountains can be a perfect location for religious teachings and spiritual exploration. Some monasteries are modern, but many are believed to be more than 1,000 years old!

The Magic of Chihuly Garden and Glass
Next Post: Does It Really Matter If You Buy Bottled Water When You Travel?